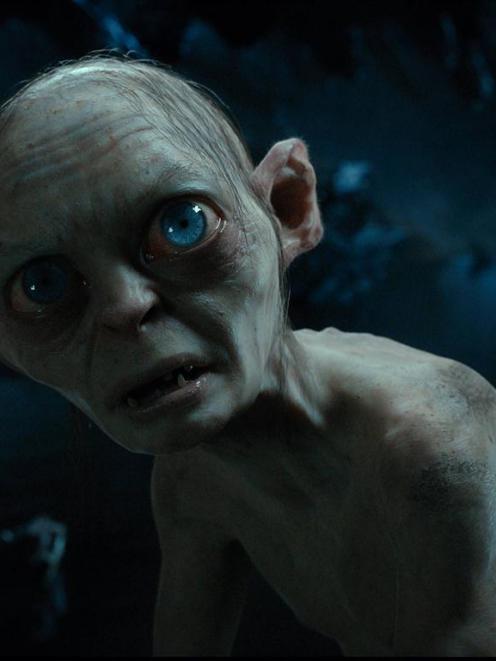 Gollum . . . Helping lure precious visitors. REUTERS/Warner Bros
The Hobbit trilogy is already being credited with a big boost to New Zealand tourism with flight bookings jumping significantly as fans flock here for a taste of Middle-earth.

A farm near Matamata in Waikato and parts of the Wellington region have become Hobbit tourist attractions, and fans from around the world and coming in their droves to see the backdrop to the films.

Flight bookings to New Zealand through online travel site Expedia have increased 84 per cent, up 50 per cent compared to the same month last year, the Daily Mail reported.

Another search engine, Skyscanner, revealed similar interest, with bookings on flights to Wellington up 117 per cent compared to December last year.

Air New Zealand was benefiting from the film, even before its release.

The airline paid for the rights to be the "official airline of Middle-earth".

Bookings for the airline from the United States almost doubled the day before last month's Wellington premiere of the first film in the trilogy and were up by a third in Japan following a Hobbit promotion.

Stars of the film including Australian actress Cate Blanchett attended the London premiere on Wednesday.