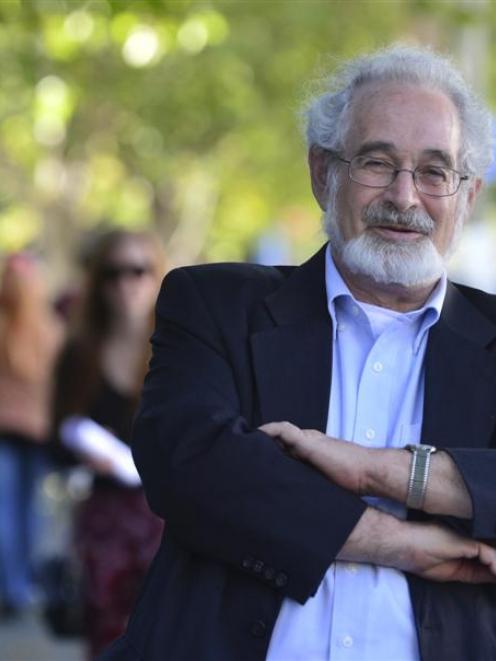 ''The Government shouldn't be spending any taxpayer money on movies that have smoking,'' he said while in Dunedin yesterday.

''It promotes cigarette smoking and sales to children. It's a very strong stimulus. Hundreds of thousands of children worldwide could start smoking because of this film.

''The Government shouldn't be doing that. They are effectively undoing all the good work that has ...been done.

''If there is The Hobbit 2, the Government should ask Peter Jackson if there will be smoking in the movie, and if he says yes because it's artistically necessary, then they should say it's fiscally necessary for our public health system not to provide funding for it.''

Weta Workshops spokeswoman Ri Streeter said when contacted she was unable to comment on behalf of the film's producers, and suggested calling The Hobbit publicist Melissa Booth, who could not be contacted last night.

When it comes to stamping out smoking, Prof Glantz, the University of California San Francisco School of Medicine Centre for Tobacco Control Research and Education director, is not afraid to play hardball.

His university has been sued twice by tobacco companies trying to prevent his research work, and he has been honoured by almost every health association in the world.

He did not mince words yesterday when he said he believed New Zealand's goal of eliminating tobacco use by 2025 could be easily met, but the Government was not doing everything it could to reach that goal.

However, he said, it also needed to establish aggressive anti-tobacco media campaigns showing ''how evil the cigarette companies are and how they manipulate people and politicians''.

A strong advertising campaign on the dangers of second-hand smoke also needed to be launched, he said.

One of his studies demonstrated a large and rapid reduction in the number of people admitted to the hospital with heart attacks in Helena, Montana, after the community made all workplaces and public places smokefree.

His work in this area was identified as one of the top research advances for 2005 by the American Heart Association.

Prof Glantz was in Dunedin yesterday to give a Health Sciences public lecture titled Ending the Tobacco Epidemic: Realising a Smokefree Aotearoa/New Zealand.