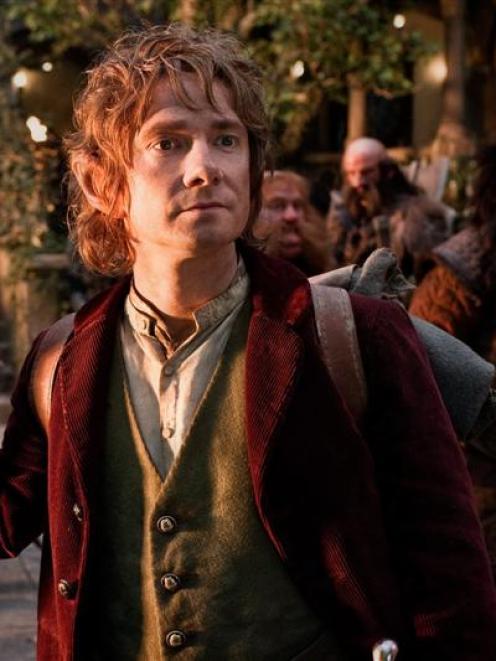 I remember reading The Hobbit as a teenager and being underwhelmed. It made so little impression on me that I had forgotten that there was a dragon in it. So this review is not from the viewpoint of a Tolkein purist or even of a person who likes this sort of thing.

I went to The Hobbit (Rialto and Hoyts) expecting a visual feast combined with an interminable pastiche of jolly hobbits and comedic dwarves. I certainly got that - when the dwarves burst into jolly comedic song I was ready to walk, except that I had a job to do.

Fortunately for me, once we left Hobbiton and moved to the more dangerous wilds of Central Otago things picked up. Peter Jackson has injected the epic into a fun-with-dwarves kiddies' book and while it is padded to satisfy the fans there are more than enough of them to make it worth doing.

Is there enough cinematic trickery with 3-D and HFD (high frame definition) to make those who held their noses over Lord of the Rings change their minds? Probably not, though the HFD does make the countryside sparkle and is worth seeking out. I preferred The Hobbit to the Lord of the Rings movies but it is still a film for the fans rather than the mildly interested.

Best thing: There are some lovely performances (Ian McKellen really knows how to squeeze every ounce of meaning out of Gandalf) but what takes your breath away is the New Zealand landscape.

Worst thing: Well, it is a given that it goes on for too long. I hated the swoony soundtrack. Plenty will adore it but it gave me toothache.

See it with: Someone for whom the deluxe Lord of the Rings director's cut with every missing scene was still not enough.