Police at the scene following a Dunedin accident involving an e-scooter and a truck. Photo: Stephen Jaquiery

Hopping on an e-scooter to zip to your next destination can often be quicker than driving or taking the bus in thick traffic - and let's be honest, it's often more fun - but it's not without risk.

New figures show thousands of New Zealanders have been injured after being hit by or flung off an e-scooter.

This week a 59-year-old man was the first New Zealander to be killed while out riding a Lime e-scooter.

TVNZ reported yesterday the man died after going into cardiac arrest, but authorities don't yet know whether the heart attack or the fall from the scooter came first.

Within 12 hours of his death, a woman in her 60s was getting off the bus near Auckland's Victoria Park when she was knocked over and left bleeding, her head wedged against a wheel of a bus. She ended up in hospital with another man who had suffered head injuries after being struck by an E-scooter on his bike. 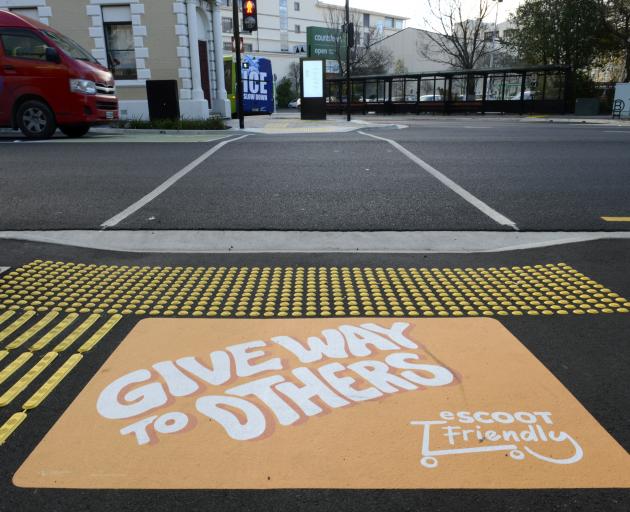 E-scooters have been blamed for multiple accidents, and have faced a backlash from pedestrians and councils concerned about their high speeds. Photo: Gerard O'Brien

Over eight months - between October last year to May this year - ACC received 2432 claims relating to e-scooter injuries. This has cost tax-payers a total of $2,780,792.

Of that, 1111 claims were from Auckland. Canterbury had the next highest number of claims with 686, followed by Otago with 258 and the Wellington with 219.

The most common injuries were soft tissue damage, which made up 1211 claims. Other injuries included cuts, fractures, dislocations, concussions, brain injury and dental work.

Injuries to the knees, hands, arms, ankle, face, head and shoulder were most common.

The number of claims made by females, 1206, were slightly less than claims by males at 1226.

The ages of people making the claims ranged from under 14-year-olds to over 65-year-olds. But the most common age bracket was people between 20 to 24 years old, which made up 516 claims.

The scene of the incident in Auckland where a man died. Photo: NZ Herald

New Zealand's trend of injury by e-scooters are similar to that overseas. A study published in The American Journal of Emergency Medicine, released last month, showed a spike in injuries due to the expansion of scooter-sharing companies.

Researchers found between 2013 to 2017, there were around 32,400 injuries from e-scooters. Head injuries were the most common body area affected, followed by fractures and dislocations.

Authors stated the importance of using protective equipment while riding e-scooters and policy to ensure people were wearing helmets was required.

This has been echoed by Auckland councillor Christine Fletcher, who was calling for "a complete review" of the e-scooters in a bid to introduce tighter safety regulations.

Fletcher - who was almost knocked over by a Lime scooter last year - says there needs to be a reduction to the speed limit and compulsory helmets should be worn. 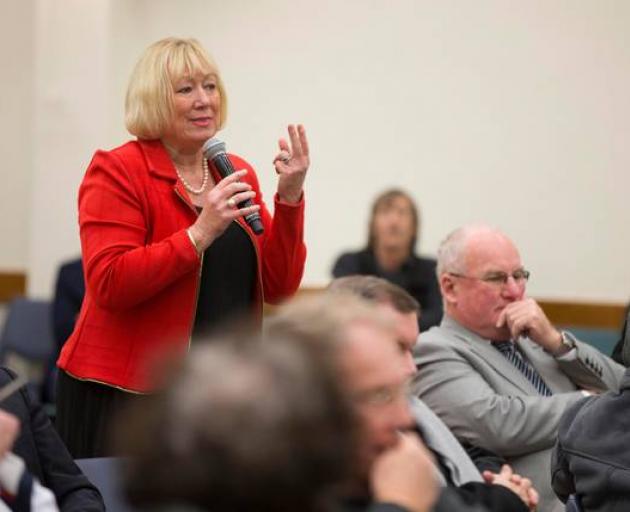 "One death is too many deaths," she said.

Following this week's death, Auckland Mayor Phil Goff said, like all accidents on our roads, this was a tragedy and his thoughts were with the victim's family and friends.

"It is not sensible to speculate on the cause of the accident until the police advise of the circumstances.

"When the police and coroner reports are available, we will know if any other action needs to be taken by local or central government agencies," Goff said.

He would not comment on whether a review should take place or if the speed limit should be reduced and helmets should be worn.

An Auckland Transport spokeswoman said they were sad to hear about the incident but had no further comment to make.

Transport Minister Phil Twyford yesterday said it was too soon to say if the death of a man on a Lime scooter would prompt tighter e-scooter safety rules.

Transport Minister Phil Twyford said it was too soon to be talking about a review as there is still very little information available about the circumstances of the death. Photo: NZME

Twyford said it was too soon to be talking about a review as there is still very little information available about the circumstances of the death.

"I think it would be premature to make any comment about the circumstances of this incident or any implications it might have for safety regulation until we know more about what exactly happened."

The Government already has work underway on assessing the safety regulations of Lime and other such e-scooters, which is being led by Associate Transport Minister Julie Anne Genter.

"That will include rules about where Lime scooters can be used in terms of speed limits," Twyford said.

Scooter safety in the spotlight

Monday's death comes five months after Dunedin woman Renee Whitehouse was hit by a truck while scootering through the city after visiting the supermarket.

The 26-year-old was rushed to Dunedin Hospital, where she underwent surgery and was in a serious condition. The emergency and intensive care teams were able to work her to recovery.

Following the incident Lime signed a memorandum of understanding (MoU) with the Dunedin City Council that included a requirement for scooters to be locked from 12am - 5am so they cannot be operated during this time.

Monday's death comes five months after Dunedin woman Renee Whitehouse was hit by a truck while scootering through the city after visiting the supermarket. Photo: Stephen Jaquiery

Last year Auckland Mayor Phil Goff ordered an urgent briefing on Lime scooters after a number of serious incidents, including Fletcher's near miss.

The eight-page November briefing said there could be more safety incidents "in the short term" and the government was looking at safety measures. It advised councillors not to reduce the scooters' speed limit.

"Staff advise that the best way forward in the short term is to implement a safety communication and education campaign immediately," the memo said.

But it acknowledged some people would ignore the campaign, and warned that Auckland Transport and Auckland Council could be criticised for not taking stronger action.

If safety issues escalated, the council was advised to look at reducing the number of e-scooter rentals and cutting the scooters' maximum speed.

Several other people have been seriously injured while riding a Lime scooter including Amy Gianfrancesco who was left with a fractured neck, a lost tooth and severe facial bruising in December last year.

The scooters have been blamed for multiple accidents, and have faced a backlash from pedestrians and councils concerned about their high speeds.

A glitch appeared in Auckland's lime scooters in February, which led to Auckland Council implementing a temporary ban.

Lime had to agree to a number of conditions before the scooters were deemed safe to ride.