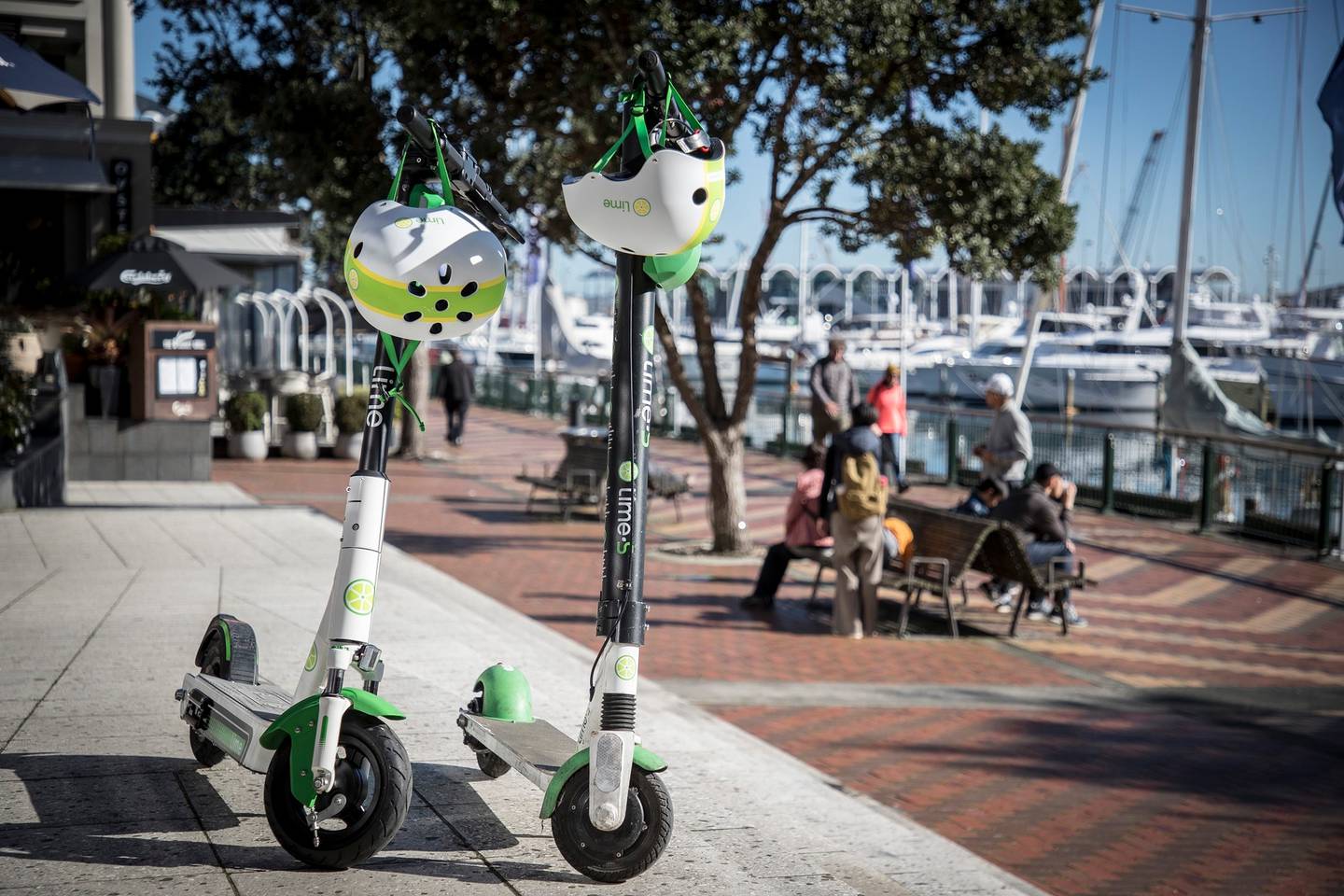 The new Lime G3 (left) next to the G2.5. Photo: NZ Herald
Lime's third-generation or G3 e-scooter is on its way to Auckland.

The US-based company can't give an exact date for a mass rollout, but its NZ public affairs manager Lauren Mentjox says G3s have just been released in Berlin, with other cities to follow shortly.

The Herald got a sneak preview of the G3 on Auckland's Viaduct this morning.

The first thing you notice is that in many ways, the G3 is bigger and chunkier than the current scooter on Kiwi streets, the G2.5.

There's a bigger baseboard, the size of the wheels has been boosted from 8-inches to 10-inches, and spring suspension has been replaced by mountain bike-style shocks.

The net effect is a smoother, easier ride.

Bigger wheels and better suspension should also mean you're less likely to spill - though Mentjox maintains the G2.5 was perfectly safe (earlier this year, it did suffer a braking issue that saw the council temporarily remove Limes from Auckland streets).

The new Lime is also noticeably heavier - 22.5kg to the current model's 17kg.

And its range is actually boosted from 22km to 40km on a single charge, thanks to a larger battery (both range and speed depend on terrain and other conditions).

The battery also moves from the stalk (where the CCU or central control unit is located) to under the baseboard - allowing for a lower handlebar design. Where Lime's handlebars used to be set high, they're now on the same level as rivals Flamingo and Wave. 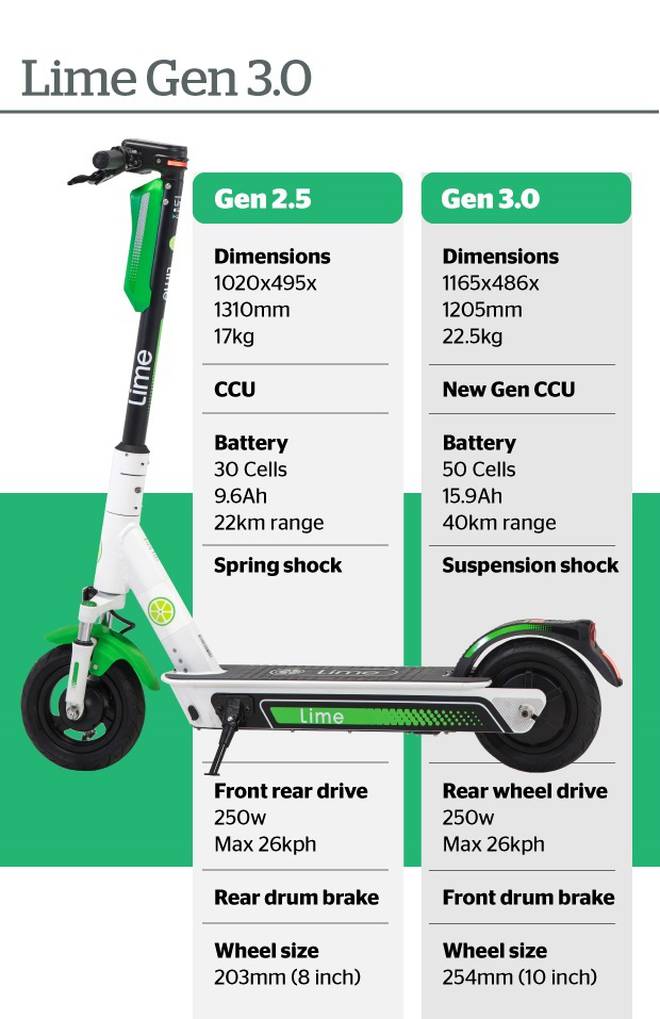 Graphic: NZ Herald
The G3 also features a larger display, upgraded to colour, which can relay messages such as when you're being automatically slowed down because you're in one of the new speed-limited areas (currently, alerts come through the app on the rider's phone).

Mentjox pushed the fact that Lime is the only scooter operator that controls its own manufacturing (Flamingo and Wave use modified versions of the ubiquitous Segway Ninebot).

June also saw 15 roles affected as Lime - which had earlier missed out on the Wellington trial - pull out of Lower Hutt.

The company said it was taking a "seasonal pause" and intended to resume service later in the year.

This morning, Mentjox said Lime had yet to decide on if or when it would resume service in the Hutt.

Auckland Council and AT extended their original scooter trial to October 31 this year.

Phase two of the trial, which began in May, saw a 15kmh speed limit introduced in various waterfront and shared areas, with "geo-fencing" GPS technology used to automatically slow scooters in the restricted zones.

After the trial wraps up, Auckland Council and AT will confer on whether to grant permanent licences, and if so on what conditions.

Similar trials are under way in Wellington, Christchurch and Dunedin - where councillors are considering a bylaw that would restrict the areas where scooters can be ridden, plus the time of day they can operate.