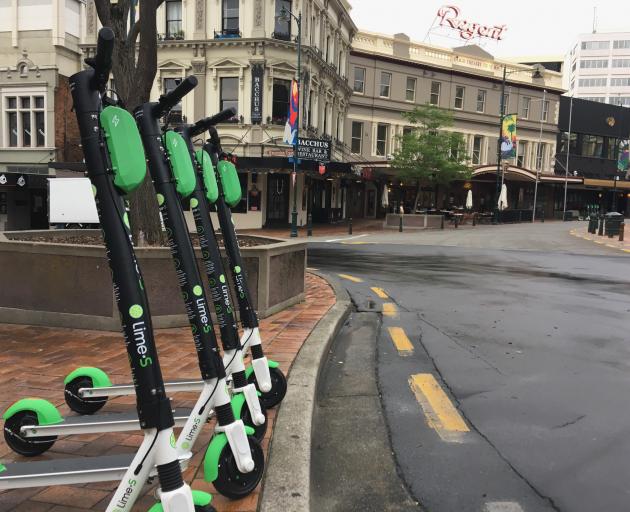 Photo: James Hall/ODT
Riders of Lime and other e-scooters could be hit with a new voluntary speed limit on some of Dunedin's busiest streets under a new proposal from the Dunedin City Council.

Council staff have recommended the city introduce a "footpath courtesy zone'' in George and Princes Sts from Albany St to Rattray St on a 12 month trial.

If adopted there would be a 15kmh speed limit on the footpaths.

The move is on the back of a request from councillors frustrated at the lack of enforcement tools available after the launch of Lime e-scooters in February.

A report on the proposal says both police and Lime are supportive of the proposal which would have no regulatory penalties for breaking the speed limit.

A review of the council's mobile trading bylaw was also under way which aims to which aims to give it greater controls over the use of e-scooters.

Any revised bylaw was expected to come into force around March 2020.

The new speed limit would also apply to skateboards and other mobile scooter users.

Signs explaining the courtesy zone would be installed along the street and other markings would show where it started and stopped.

As of May 14, there had been 300,439 trips by 52,211 riders of Lime scooters and the number of private e-scooters had also increased during that time.

Councillors will vote to adopt the proposal at a full council meeting on Tuesday. 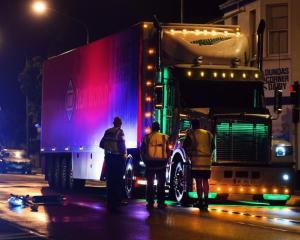 "...new voluntary speed limit" - yeah, that'll work.
Glad to see the DCC thought it all through so thoroughly before giving unfettered access to the operator.
And no I am not ideologically opposed to e- scooters: far from it. I'm just frustrated that there's no way to deal with bone- headed, selfish behaviour from some users.

TripAdvisor:- Get them to park without blocking paths. 'Trips and falls cause nearly half of all accidents'.

Unfortunately our inept council failed to stop this fiasco right at the start. Just ban them from the pavements.