Current wording in New Zealand's abortion law is offensive and not updating it is an ``indictment'', a Government-appointed committee has told MPs.

The strong criticism of aspects of abortion law comes amid increasing political debate about the issue, with Labour, the Green Party and Act Party all calling for change.

The Abortion Supervisory Committee (ASC) made its annual appearance at Parliament's justice and electoral committee today, reporting on how abortion law has been managed.

While calling for the Contraception, Sterilisation and Abortion Act, passed in 1977, to be updated, the ASC made clear the larger issue of more significant changes was a question for the public and Parliament.

However, the outdated wording in the legislation was creating problems for health officials and allowing anti-abortion groups to launch legal challenges.

Dame Linda Holloway, ASC chairwoman, told the committee that the legislation's wording was causing ``enormous administrative problems'' for the ASC and health practitioners. 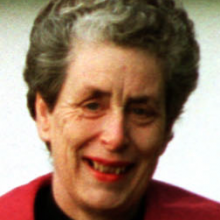 The law was not written in inclusive language, Dame Linda said.

``In fact, some parts of the language is actually quite offensive, referring to people as subnormal, for example. Really it is an indictment that we have statute like that on the books that is not being corrected.''

Health in New Zealand and how hospitals are run and operated had changed substantially since the 1970s, Dame Linda told the committee.

The abortion law referred to the ``operating doctor''. Now many women who received abortions were medically induced.

``There is no operating doctor. Again, that can cause lots of challenges and hassle,'' Dame Linda said.

Wendy Aldred, legal counsel to ASC, said it had been sued by those opposed to abortion. Aside from an 18-month break, the committee had been involved in litigation since 2004.

While those cases have eventually been won, the outdated wording in the legislation had left the door open to expensive and time-consuming legal challenges, Ms Aldred said.

``The door has been opened to some extent to those kind of challenges, which have tied up the committee's time and resource because the language of the Act reflects the prevailing medical circumstances in the 1970s and not in 2016.''

Dame Linda said the redrafting request was modest. Asked by Labour's Jacinda Ardern if the committee had a view on whether abortion remaining under the Crimes Act should be reviewed as part of the redraft, she said it held no opinion on that question.

``We believe that major reform of the Act is something for society and for Parliament.''

Abortion is legal only if two consultants agree that the pregnancy would seriously harm the woman's mental or physical health or that the foetus would have a serious disability.

Labour leader Andrew Little has called Prime Minister Bill English ``deeply conservative'' on abortion law, and says he believes the legislation needs to be reviewed and upgraded, and abortion should not be on the Crimes Act.

However, he will not commit to introducing legislation if in Government; Labour policy is for the law to first be reviewed by the Law Commission.

At the weekend, Mr English, a practising Catholic, told TVNZ's Q+A programme he did not think the law needed to be modernised, saying it had ``stood the test of time''.

Dame Linda was asked by media after the committee meeting if the polarising nature of the issue and wider political debate could mean the committee's request for a redraft would come to nothing.

``I'm uncertain. But having been the select committee today, our next task is to meet with officials in the ministry [of health] to get some advice on the practicalities of trying to embark on something like this.''

Asked if the current abortion law was sexist, Dame Linda paused and then said some of the language in the Act was ``not inclusive''.

The Green Party has already made abortion reform a party issue, rather than a conscience issue.

The Greens' policy would decriminalise abortion. Terminations after 20 weeks would be allowed only when the woman would otherwise face serious permanent injury to her health or in the case of severe fetal abnormalities.

Its women's spokeswoman, Jan Logie, said today that the ASC was clearly telling the government that the legislation had not stood the test of time.

''[Dame Linda] said the discussion around an overhaul wasn't their job to lead. And I think it is 2017 and we should have legislation that enables women to make choices about their own bodies. But I don't think the committee should lead that discussion.''

Asked if she would introduce a private member's bill, Ms Logie said none would pass before the election and the national conversation would probably happen after September's election.