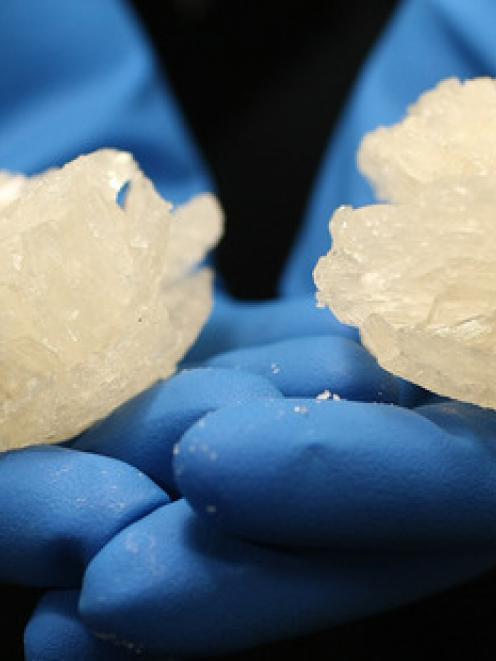 Two Czech nationals were this week found with the largest-ever haul of meth to be smuggled through a New Zealand airport. Photo / Greg Bowker
Two record-breaking drug busts have led to a string of arrests and the seizure of $170 million of meth and precursors.

Police said three men were arrested today after 200kg of the methamphetamine ingredient ephedrine - the largest amount ever found in a single haul - was seized at the border.

It comes a day after two Czech nationals were found with the largest-ever haul of meth to be smuggled through a New Zealand airport.

Customs officers found the huge ephedrine haul after becoming suspicious about 80 boxes of paper that had arrived from China late last month. Cavities inside many of the boxes had been used to conceal the drug.

Police said the ephedrine haul was more than twice the size of the previous largest seizure of 95kg, which was found hidden inside toys in October 2015.

The ephedrine could have been used to make 150kg of meth, with a street value of $150 million.

A joint police and Customs operation was launched, culminating in search warrants being executed at a number of Auckland residences today.

Three men, aged 31, 32 and 34, were arrested in the raids. They will remain in custody overnight before appearing in Auckland District Court tomorrow on charges of importing a class B controlled drug, and possession of a class B drug for supply.

The arrests come a day after Customs seized $20 million of meth in the largest-ever haul of the drug at a New Zealand airport.

The 20kg of methamphetamine was found hidden in secret compartments in the bottom of two suitcases being brought into the country by two Czech nationals.

Customs said the pair arrived at Auckland Airport on a flight from Bangkok yesterday afternoon.

The Czech nationals were identified and questioned by Customs officers, and their luggage was searched. Officers found 10kg of meth hidden in within a concealment at the bottom of each of the two suitcases.

The alleged smugglers are in custody and will appear in the Manukau District Court this afternoon charged with importing a class A controlled drug, which carries a maximum penalty of life imprisonment.

Customs official Jamie Bamford said criminal syndicates seeking to bring drugs into New Zealand would continue to be identified and prosecuted by Customs and partner agencies.

"We have sophisticated capabilities that are continuingly proving to work and deliver successes such as these. This seizure is a fantastic example of Customs' intelligence-led approach to risk management at the border and excellent work by our frontline officers," he said.

"Yesterday's seizure has prevented a significant amount of social harm to our communities, which is estimated at almost $25 million."

"Though this is a great seizure and the circumstances seem like something out of a movie, the reality is there are families out there who are being destroyed by meth, kids who are growing up in contaminated homes and innocent people who are victims of serious crime as a result of this drug," he said.

"It is a truly awful drug and today is a great demonstration of law enforcement working together to target drug trafficking into our country." 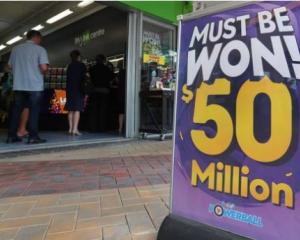