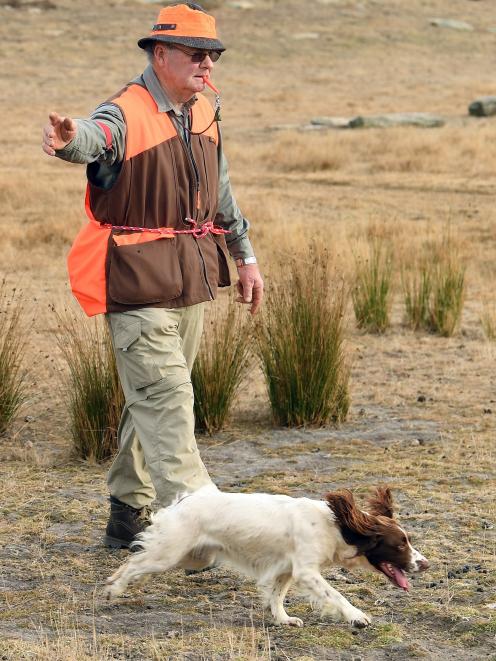 Matarae Station owner Ron Jones sends dog Tess on a hunt. PHOTOS: STEPHEN JAQUIERY
A professional game of fetch drew dog owners from across the country to the Middlemarch area this week.

Specially bred spaniels and their owners travelled from as far as Auckland to Matarae Station, inland from Dunedin, for the annual Central Otago Gun Dog Championships.

It attracted competitors in both the novice and qualified level hunts.

Training took hard work and patience, and the group competing had to be invested in the sport, he said.

"They’re all very passionate about dogs and training dogs — it takes about one and a-half to two years to get to that championship level.

"There are plenty of rabbits on Matarae Station, and each dog has a 10-minute run, so they’ll usually find something."

Competitors look on as they wait their turn to compete.

Matarae Station owner Ron Jones said he began letting the group host events on his land 13 years ago, and had since become involved himself.

It "seemed logical to let them use it" for the event as the land had always been rabbit prone.

Two years ago he was rewarded for his generosity and was given his own spaniel puppy, Tess. 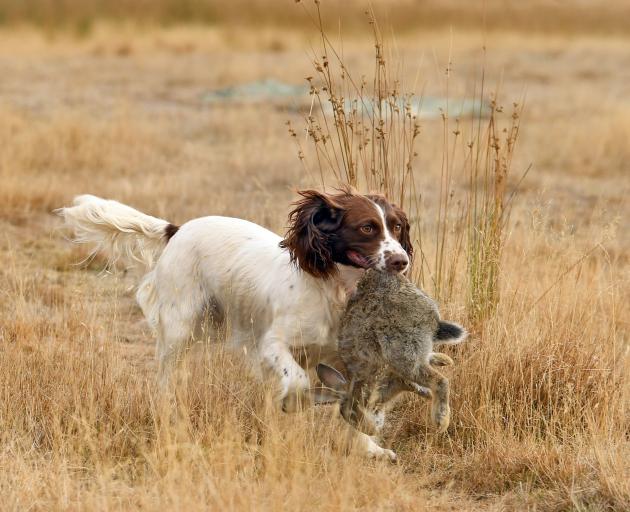 "She’s done quite well. She’s getting near a champion dog.

The event, which started on Wednesday, ends today.