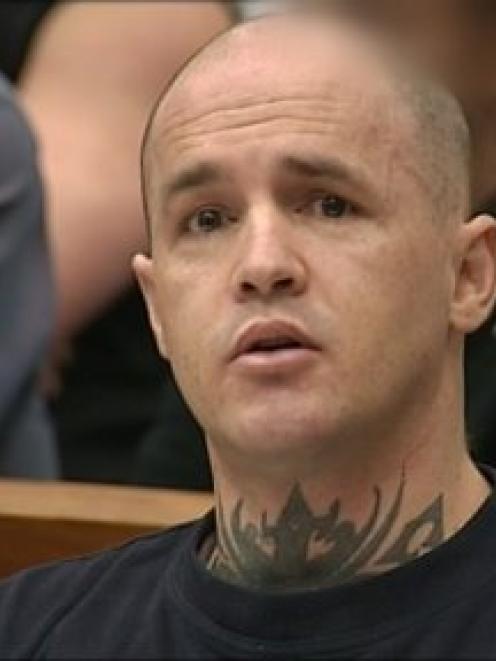 Liam Reid
The lawyer accused of smuggling an iPhone, cigarettes and a lighter to convicted rapist and murderer Liam Reid in prison will seek to keep her criminal record clean if found guilty.

The unusual submission came at the end of the sixth day of Davina Murray's defended hearing at the Auckland District Court today.

Applications for a discharge without conviction are normally made at sentencing or at least after a verdict but Murray told the court she would be applying to keep her record clean - if found guilty.

Murray denies smuggling contraband to serving prisoner Reid and says the phone, cigarettes and lighter were planted on Reid by a prison guard.

She launched her fourth and possibly final application to have the charge dismissed, claiming that police search warrants were illegal and had not been sent to her.

Crown lawyer Anna Longdill called Detective Darren Tolmie to give evidence. He confirmed all four warrants were sent to Murray and her lawyer in December 2011.

The search warrant relates to text messages found on Murray's phone which the Crown says reveal she and Reid were not having a normal client-lawyer relationship.

In one of the messages, Murray asked a friend in Australia to come to New Zealand.

"...Need to smuggle in 2 witnesses into jail as my staff to witness my wedding."

Murray discussed wedding vows with the friend and acknowledged the secret marriage could jeopardise Reid's appeal.

Judge Collins is yet to rule on the 11th hour application but has already dismissed Murray's claims that the police operated a "bad faith" investigation, and that the prosecution had amounted to an abuse the process.

Murray has also claimed there had been "judicial bias". That has also been dismissed.

The legal arguments came after Reid was called back to the stand.

He alleged a prison officer planted the phone and the first he heard of the cigarettes and lighter was when he was handed a charge sheet.

Reid initially refused to answer the questions from Crown prosecutor Anna Longdill but changed his mind after being told the judge would not place much weight on his evidence if he didn't.

He told the court he wasn't concerned when guards allegedly found the contraband.

"Not to sound conceited, you seem to forget who I am. It's not as if I haven't done jail before."

He said he had seen "the screws" plant things in prisoners' cells.

"I definitely wasn't worried - I mean I'm in jail already... Let's weigh it up - murder charge [or] cellphone charge."

Reid is serving a 23-year sentence for the 2007 rape and murder of deaf woman Emma Agnew and the rape, attempted murder and robbery of a 21-year-old student in Dunedin nine days later.