Rescued sailors happy to be alive 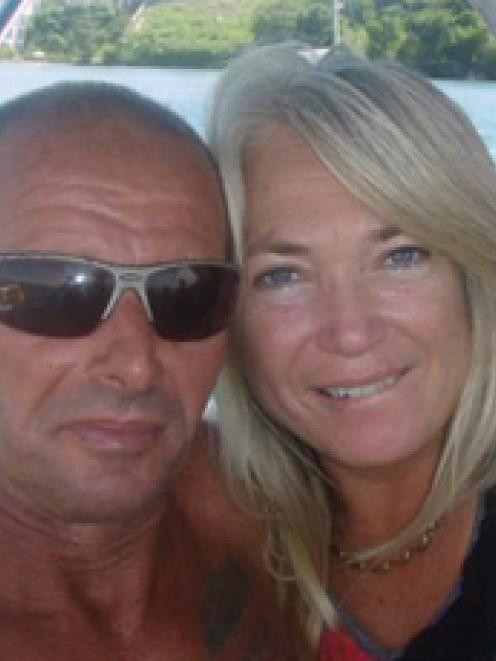 Aucklander Tania Davies and Australia-based Briton Steve Jones. Supplied photo.
A New Zealand woman and her partner who were rescued from their damaged yacht in a Pacific storm say they are grateful to be alive after a long ordeal.

Auckland woman Tania Davies, 43, and her British partner Steve Jones, 52, were rescued from their damaged yacht Windigo adrift in the Pacific Ocean by a cargo ship early today.

Speaking from aboard the rescue ship Chengtu, a tearful Ms Davies was thankful to their rescuers, saying the couple were unsure they would have lasted another night without help.

Heading from Tonga to Auckland on a home-coming voyage, they had perfect conditions for the first three days and were "sailing like a dream", said Ms Davies.

Then, halfway between Tonga and Fiji, they struck bad weather.

The yacht started struggling, continually "being slammed down'' by the force of the winds and waves, prompting the pair to send out mayday calls then activate an emergency beacon.

"We were like a couple of little balls being tossed around a room.''

"The banging, the crashing, the whipping, the crunching, the sloshing. Just the sounds vibrate through every part of your body.''

They barricaded themselves in and spent a hellish three days being thrown around inside their increasingly damaged yacht, which suffered broken steering, engine, hatches and extensive internal damage.

"We couldn't fall to pieces because if we fell to pieces that was it. We needed the energy.''

After receiving the distress message Chengtu diverted its course to Los Angeles and travelled for 15 hours to reach the damaged yacht, said ship master Norman McNee.

When they neared the troubled yacht, they were hit by gale force winds and seas swells of 8-9 metres.

"It was pretty bad. From the point of view of a small yacht it would be pretty towering seas,'' he said.

The darkness and bad weather conditions meant they were forced to wait until sunrise to launch a rescue.

The cargo ship maneuvered until it was parallel to the damaged yacht to provide some protection from the weather and the two crew were brought to safety using a sling.

They both suffered mild to moderate head injuries and Mr Jones has also suffered a back injury.

The Chengtu was heading south and this afternoon was expected to meet NZ naval vessel HMNZS Otago, to which the couple would be transferred.