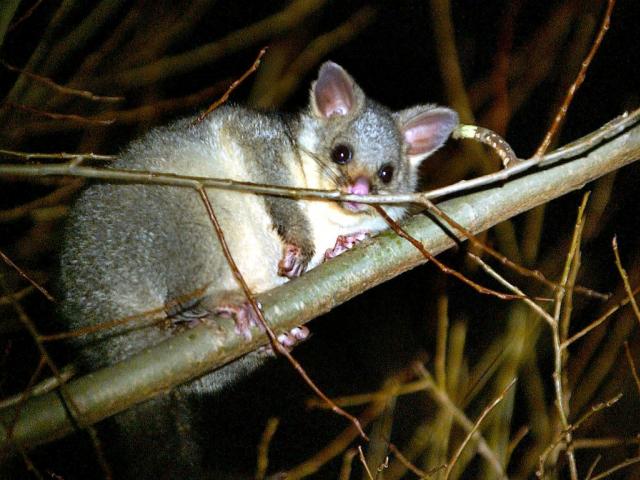 Animal rights activists are celebrating the outcome, saying children should not be taught that killing ‘‘sentient beings’’ was ‘‘a fun and rewarding activity’’.

Orini Combined School, situated between the Mangawara River and Te Hoe Mountain north of Hamilton, planned to hold The Great Orini Possum Hunt to raise money for a class camp in the Coromandel, but is now planning to hold a disco instead, leaving the school several thousand dollars down on its fundraising goal.

‘‘Based on other rural schools, we were expecting a profit of $4000-5000 over one weekend. Our disco will bring in approximately $300,’’ board of trustees chairwoman Tracy Fuller said.

She said the cancellation was due to ‘‘personal attacks’’ received through school email addresses and the school Facebook page, which were ‘‘extremely upsetting’’ for the people involved.

The abuse, which Ms Fuller said was not appropriate to describe, was so bad the school had to temporarily remove its Facebook page.

‘‘We had a month to go before the event and felt the negative social media comments could harm our little school more than the benefits of the fundraiser.

‘‘A huge number of our community members are extremely upset about this event being cancelled.

‘‘The people commenting on the petition were mainly from overseas and did not seem to realise that in New Zealand possums are a serious pest animal and are a threat to our forests and native wildlife and that we are allowed to shoot them to help control their ever-increasing numbers.’’

The petition, which gained more than 13,000 signatures, was started by organisation Lady Freethinker, a nonprofit group in Los Angeles that researches animal cruelty around the world and campaigns against it.

‘‘I started the petition because it’s inherently wrong for a school to teach young children that killing sentient beings, who suffer and feel pain just like we do, is a fun and rewarding activity,’’ founder Nina Jackel said.

‘‘This is a dangerous lesson that can lead to a lifetime of callousness and cruelty.

‘‘Killing is just not something kids should be taught to celebrate.’’

She said the organisation did not direct any abuse at the school.

‘‘We encourage compassion, not abuse.’’

New Zealand activist Lynley Tulloch said she was planning to get in touch with other schools to talk about ‘‘the negative side effects of possum hunts and how they might affect children developing relationships with animals’’.

She said many people were unaware schools carried out possum hunts.

"There seems to be quite a divide, I think, between rural New Zealand and people internationally.’’

Ms Tulloch believed ‘‘killing animals in conjunction with children’s education’’ was wrong, and children should be taught about ‘‘compassionate’’ conservation.

‘‘Children have been taught to hate these possums simply on the basis they’ve been labelled as pests.’’