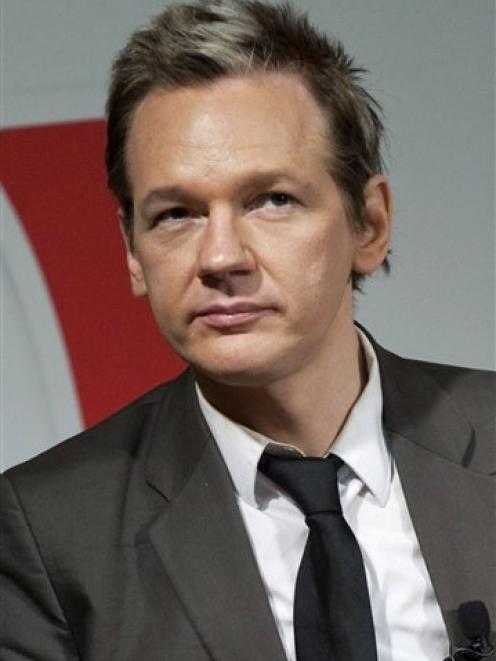 Simon Burgin, 27, stayed on Assange's couch at his Melbourne flat in early 2007 for about four days - while the Australian was in the process of launching the controversial whistle blower website.

He met Assange through a "couchsurfing" website, which helps travellers find free accommodation.

"I saw Julian's profile and thought 'oh this guy looks really interesting' so I started up a dialogue with him online and we got along so I went to stay . . ."

However, Mr Burgin had no idea he had timed his visit at a crucial time in WikiLeaks' history.

"I didn't realise he was in the midst of launching the site the very weekend I happened to be staying there," he told NZPA.

He described Assange as "very tall with remarkably white hair for a young guy".

"I arrived, we went out for dinner and he told me about what was going on and the next day he was just locked away in his room dealing with calls from the BBC and Reuters."

He said Assange had been forced to launch the website earlier than planned after a British academic leaked information about the site to the press.

"Everyone got wind of the fact that he was launching the site, which wasn't completely operational yet. He was dealing with everyone who wanted to know what was going on."

It now seemed "a little surreal" that he had met Assange, with whom he had kept in touch.

"He's the most influential person I've ever met or struck up a friendship with. We haven't been in email contact recently obviously," he said.

Assange is facing sexual assault allegations made by two women but he has denied all charges and has refused to return to Sweden from Britain for questioning.

"Say it had been any member of the public would they be going to such lengths to extradite him?"

Mr Burgin said he was not surprised by the huge success of WikiLeaks.

"It seemed to me that what he was developing was kind of an inevitability...At the end of the day he only provided the platform and other people leaked the information . . .

"(However) he was the one person with the gall to set up the platform first . . . he's a really passionate, incredible man, he's quite exceptional."

He had discussed redesigning WikiLeak's logo with Assange, he said.

"I was quite keen to redesign their logo because I didn't like the logo much . . . We had quite a few arguments about the logo."

"At first I thought he was quite eccentric really but I was also quite keenly aware that he was a genius. He's highly studied in mathematics - all through his flat were formulae and things sprawled all over the walls."

Assange's flat was "chaotic" and rather messy, he said.

Although Assange is reputed to be private and elusive, Mr Burgin found him to be a "gregarious" man, who set up WikiLeaks to speak out about social injustice.

"He was a really inspiring guy . . . I really admire his guts, to be honest -  he's got powerful enemies."