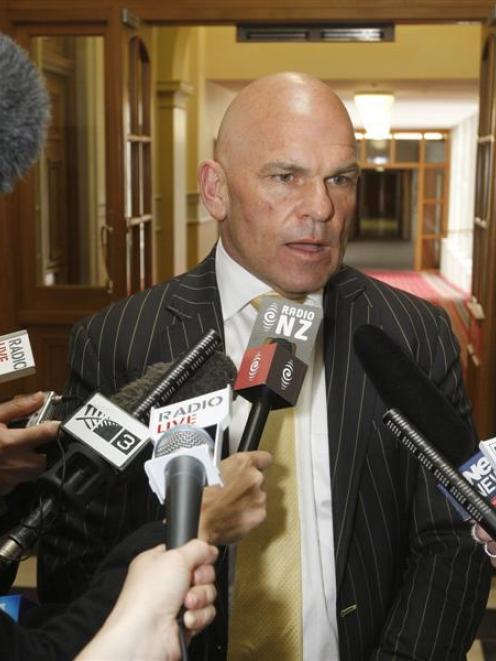 Rodney Hide on his way to question time in Parliament yesterday. Photo from The New Zealand Herald.
Former "perkbuster" Rodney Hide's girlfriend has racked up $25,163 in taxpayer-funded air travel by tagging along with him on an international trip.

Mr Hide put Louise Crome's trip on the taxpayer despite Prime Minister John Key telling globe-trotting ministers to leave their partners behind, or pay for the trip themselves, as part of efforts to trim the Government's travel bill.

The Act New Zealand leader and Minister for Local Government sidestepped Mr Key's directive by keeping Ms Crome's business-class flights off his ministerial tab and, instead, claimed them separately as part of his MPs' perk of 90% subsidised international travel for partners.

Mr Hide's own flights and the accommodation on last month's trip to London, Canada and the United States was $26,872 - meaning a total bill of up to $52,000 for the taxpayer.

The 10-day trip was a Super City fact-finding visit to London, where Mr Hide crossed paths with Mayor Boris Johnson, then on to Toronto, Portland and Los Angeles.

Mr Hide said Ms Crome, a New Zealand squash representative, accompanied him "to be with me".

"It is very, very hard when you are a minister to maintain a relationship," he said.

Mr Hide said Ms Crome's $25,163 in flights between July and September also included some domestic travel, although he did not know how much.

The prime minister issued the directive about partners in June, telling his colleagues not to take their partners in order to show restraint in tough economic times.

"I've told them if they want to take their partner, they can do it, but they pay for it," Mr Key said at the time.

Mr Key noted that when he went to China in April, he personally paid for his wife, Bronagh.

He said he was not defying the prime minister's directive by taking Ms Crome, as the arrangement had been cleared by Mr Key's office.

"I didn't pay as minister, so this was, if you like, within the rules as an MP," he said.

Mr Hide, who became known as Parliament's perkbuster for his relentless attacks on MPs cashing in on their positions earlier in his career, said he was aware it was all taxpayers' money.

"The public can judge whether they get value for money from Rodney Hide MP/minister."

A spokesman for Mr Key said the prime minister was aware some ministers had the discounted partners' travel perks available to them as long-standing MPs.

The spokesman said Mr Key was comfortable with ministers taking partners as long as they paid for the travel themselves, and using the perk met this definition.

Mr Hide's costs were revealed in yesterday's release of MPs' expenses for the three months between July and September.

The release showed Labour MP Chris Carter's travel expenses had dropped considerably, to $13,549 - much lower than the $82,410 he was criticised for incurring in the first six months of the year.

Taking in accommodation expenses, his overall total was $51,895.

He said that was because of having to service his constituents at the top of the country.

He was unconcerned by what people might think of the bill. 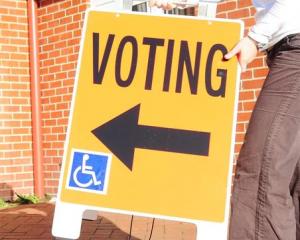 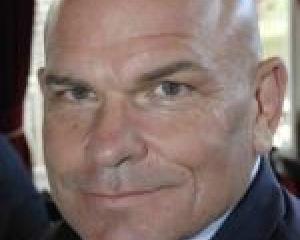 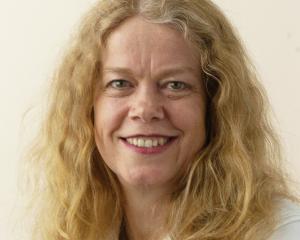 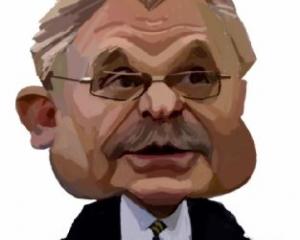 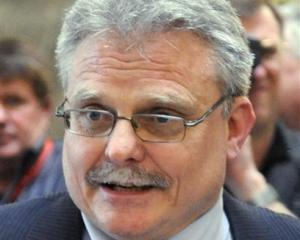 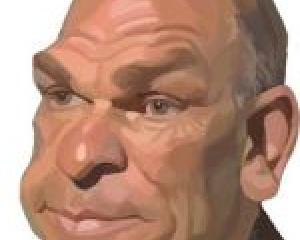 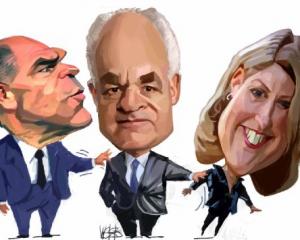