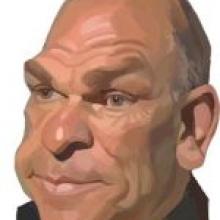 Hide_Rodney_4es__Small_.jpg
The Government's decision to extend 90-day new-employee trials to all businesses was a suggestion of Act New Zealand and against the recommendation of its own Labour Minister Kate Wilkinson.

Government papers also show the proposal to enable employers to demand proof of sickness from their workers without first having reasonable grounds for suspicion was made without the advice of the Department of Labour (DOL).

The Government's proposed labour law changes, announced in July and now before a select committee, have been strongly opposed by unions, as well as Labour and the Greens.

The proposals included enabling employers, at their expense, to require a medical certificate from a worker on sick leave at any time, and extending the 90-day trial beyond companies with fewer than 20 workers.

The trial scheme allows employers to dismiss workers without giving a reason, and redress is only possible on grounds of discrimination or harassment.

But Cabinet papers - released to The New Zealand Herald under the Official Information Act - show Ms Wilkinson pushed only for the 90-day trial to be extended to companies of up to 50 workers, and did not propose extending it to larger ones as they had "robust systems to undertake good recruitment and employment practices".

Act leader Rodney Hide said last night it was his party's idea to extend the scheme to all businesses.

"We persuaded the National Party to go the whole nine yards. It wasn't an arm-wrestle."

Cabinet agreed and a Bill to extend the scheme needed the support of the Act Party to pass its first reading this month.

Mr Hide said extending it was not a bottom line.

Labour MP Trevor Mallard, a former Cabinet minister, said Act had too much power for a party that won only 3.65% of the party vote.

"What is becoming absolutely clear is that on certain issues, like this, John Key is being led by Rodney Hide and the Act party."

Mr Mallard said it was very unusual for Cabinet to trump a minister's recommendation.

Mr Mallard, Labour's industrial relations spokesman, said it was also unusual that Ms Wilkinson did not seek the DOL's advice on changes to sick leave.

"If she got careful advice, they wouldn't have made this decision, and I wouldn't be surprised if they backed off, because the current system works well."

Ms Wilkinson justified the decision in a Cabinet paper in saying the current rules, which require an employer to have reasonable grounds to demand a medical certificate on any sick day, was an "unreasonable burden on employers".

"Anecdotal evidence suggests that the compliance costs and time associated with establishing suspicion can be high and onerous on the employer," the paper said.

But a regulatory impact statement said that Ms Wilkinson made her decision and the DOL "was not asked to provide advice".

The only DOL advice on the matter was after a meeting with the Meat Industry Association, which wanted the change, but also wanted workers to pay for the medical certificate.

The DOL said this would be an "unreasonable financial burden and would require them to go to a doctor even for a minor illness".

Cabinet papers also show that Treasury and the Ministry of Economic Development criticised the speed of the process.