Opinion: Prosser let off the hook as parties jostle for position 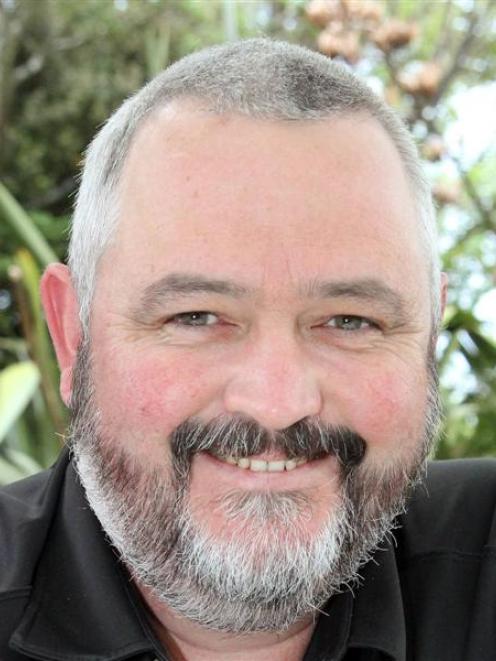 Richard Prosser
The ratings for TVNZ's Seven Sharp may be going through the floor with (older) viewers finding little sustenance in the show's anaemic diet which mixes social media-heavy with current affairs lite.

However, last Wednesday's programme truly captured the moment in screening a punch-drunk Richard Prosser recoiling in horror at finding himself trapped in a media maelstrom of his own silly making. His eyes were almost popping out of his head. His face wore the blank stare of someone who could not quite comprehend what was happening to them. The NZ First MP did not know where to look or which way to to turn as he was relentlessly hounded by Seven Sharp's reporter. Mr Prosser did not project the confident glow of someone who once described himself as a ''freedom-loving, gonad-equipped, libertarian go-getter''.

The NZ First MP's body language was closer to his put-down of small ''l'' liberals as ''namby-pamby, thumb-sucking, lefty pinko fantasy-land morons''. Not since Act's David Garrett incurred the wrath of Parliament for revealing he had once stolen the identity of a dead baby to obtain a false passport has an MP been deluged with such high volumes of verbal acid and outright contempt as that which rained down on Mr Prosser this week following his blundering blunderbuss discharge at all things Muslim. Unlike Mr Garrett, who resigned from Parliament, Mr Prosser appears to have survived and will continue to pick up a backbencher's $145,000 salary for the next two years at least. The many people now questioning Mr Prosser's fitness to be an MP will be asking why that will be the case.

The answer is pure and simple - politics. Mr Prosser has the immense good fortune to be an MP in a party which can get away with a lot before next year's election because it will be a major factor in determining who governs afterwards. Mr Garrett belonged to a party which, realistically, can only back a National-led administration and which, at the time, was seen as being on its death-bed.

Although there were widespread calls from outside Parliament for Mr Prosser to quit (or be made to quit) his job as an MP, the comparative silence on that score inside the institution was a significant factor in saving him from a forced resignation. Politicians from other parties were quick to condemn Mr Prosser for his ravings against Muslims and accord him pariah status.

But when reporters' questions turned to such pertinent matters as whether those same politicians could still work with NZ First if Mr Prosser remained a member of that party's caucus, words suddenly deserted them. They would not comment on the hypothetical. They said it was far too early in the electoral cycle. What they were not saying was that both Labour and National may well be locked in the Mother of All Bidding Wars to get Winston Peters' signature on a coalition or co-operation agreement following next year's election.

Neither John Key nor David Shearer are going to blot their copybook with Mr Peters over something as relatively trivial as Mr Prosser's indiscretions. The caution was evident in the motion placed before Parliament to try to counter any embarrassment New Zealand might have copped in other countries

This should have been a Government initiative. It was the work of the Greens. It looked as if the motion had been watered down to attract the widest possible support across Parliament. It made no mention of Mr Prosser or NZ First. The hardest-hitting statement came from Metiria Turei, the Greens co-leader. But it really was not that hard-hitting at all.

She warned that if NZ First kept Mr Prosser on board ''there will be costs of that to them''. She declined to say what those costs would be.

The net result of this collective walking on eggshells was the absence of pressure within Parliament for Mr Prosser's head.

Without that,Mr Peters could safely ignore outside calls for Mr Prosser's resignation. The episode has highlighted the importance the parties are giving to coalition manoeuvrings even though the next election is some 20 months away. The most visible sign of attempts to build ties is the manufacturing inquiry sponsored by Labour, the Greens, NZ First and the Mana Party. The inquiry has no official status and National can ignore its findings.

The big question is how far consensus will stretch across the range of other economic management issues to allow those parties to produce a coherent and agreed alternative to National's less hands-on approach. The exercise is all about showing the parties can co-operate to a level which demonstrates that a Labour-Greens-NZ First-Mana governing arrangement would be stable. National will say such an arrangement is inherently unstable.

A lot more, therefore, hangs on the results of the manufacturing inquiry than might appear to be the case. The inquiry also presents a challenge to Labour to come up with an agreed policy prescription that makes it harder for Mr Peters to do a deal with National after the election.

Just how tricky this is was highlighted by the latest Roy Morgan poll which had Labour and the Greens rating sufficiently highly to be able to govern without Mr Peters. That would be ideal for both parties. but it is not very realistic. Mr Peters is not going to tolerate being some off-course substitute who only comes into play if his party is needed to make up the numbers.

Labour may have to accept a pre-condition that he is part of a Labour-led Government whatever happens seats-wise. His party's presence may also be necessary for another reason. For the first time since the introduction of MMP in 1996, the party with the most votes may not end up governing. A governing arrangement of also-rans will need as many of them on board as possible to engender authority. Such are the complexities exercising the minds of party leaders from here on. In that light, Richard Prosser is an utter irrelevance.