Opinion: Treasury drops a hint it may be open to new ideas 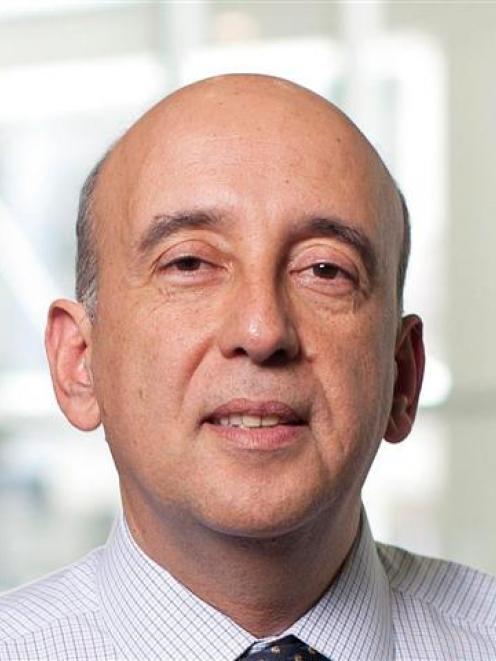 Gabriel Makhlouf
After nigh on three decades of constant and unflinching devotion to free-market economic orthodoxy, the Treasury seems to be opening the door to fresh thinking, albeit only slightly.

This week's declaration by Treasury chief executive Gabriel Makhlouf that his department - the Government's primary source of economic advice - does not have the monopoly on good ideas could not have been better timed as far as Opposition parties were concerned.

In arguing for Reserve Bank intervention to cut back the high dollar, Labour, the Greens and New Zealand First are trying to persuade voters that National's hands-off economic orthodoxy is not up to the job in a world coping with the nasty aftertaste of the global financial crisis.

Things have yet to get really bad here. But the sluggish economy and the Finance Minister's cheery reminders that things are not going to get much better for some time have given Bill English's critics greater political leverage to challenge the status quo.

It is all about trying to disabuse voters of the notion that National is still the safest pair of hands when it comes to managing the economy.

Mr English may still be winning when it comes to the fiscal numbers, but the Government is looking increasingly understocked on the ideas front.

This week's underwhelming "package" of measures to make housing more affordable is a case in point. What do you do when the market cannot meet demand? You turn local authorities into whipping boys for the failure when they have actually been doing exactly what you told them to do - free up land for housing development.

Meanwhile, your largest supplier of new homes - Housing New Zealand - is busy divesting itself of more houses than it is acquiring as it tries to cope with outdated housing stock and the Treasury's expectation that it produce a reasonable dividend while also finding fresh cost savings.

Monday's package did not come up with anything which would have been of immediate and appreciable help for some families to get into their own home. Such assistance might come next year as the Government looks to make better use of the huge sums paid out in accommodation supplement.

As Mr Makhlouf has clearly identified, the Treasury is far too consumed with number-crunching rather than crunching new ideas. That the winds of change are blowing through Wellington's No 1 The Terrace is evident in his first annual report since becoming chief executive more than a year ago.

He went into more detail in a speech on Thursday in which he talked of wanting to improve the Treasury's public image - in particular that it cares about people's living standards as much as the "almighty dollar".

That the head of the Treasury is also acknowledging the need for new thinking might seem to undercut National, which has long preached the virtues of economic orthodoxy.

However, Opposition parties will be reserving judgement on Mr Makhlouf until they see the degree of any shift in Treasury's world view.

Mr Makhlouf has echoed Opposition arguments that the global financial crisis and its recessionary aftermath means no quick return to "business as usual" conditions of strong and stable growth across the globe. He says the economic environment is now more complicated and poses a significant challenge to the Treasury in its role as "policy ideas factory".

But Mr Makhlouf stopped far short of pulling the rug from under Mr English.

The Treasury head made it clear some things - sound monetary policy, prudent fiscal policy, low inflation and keeping debt under control - remain fundamental, as do matters such as properly functioning markets, price signals and incentives.

What Mr Makhlouf is flagging is a different Treasury from the stereotypical view of the department as a "bunch of white men in grey suits with a beige mindset".

He wants a more outwards-focused organisation that is not only a "hothouse of ideas" but more open to the ideas of others.

This revamping of the Treasury's view of its role is certainly in stark contrast to its long-running take-it-or-leave-it approach to economic advice.

Ever since Sir Roger Douglas blitzkrieged the country with wave upon wave of economic reform in the 1980s, the Treasury has continued to extol the virtues of the market, privatisation and low tax, while denouncing the state as a drag on growth.

Successive finance ministers have been served up the same old elixir of policies - one that only works if the recipient drinks the whole potion, however.

That successive finance ministers have opted not to swallow what would be electoral poison has not deterred the Treasury. It has been stuck in a first-past-the-post time warp in which one-party governments could get away with doing pretty much what they liked.

It is possible Mr Makhlouf's more "collaborative" approach is a belated response to the more complex politics generated by the MMP voting system.

It is definitely a response to what may potentially be a very nasty inter-generational battle brought on by the pension and health costs of an ageing population.

In last year's post-election briefing papers, the department warned that the considerable fiscal challenge posed by an ageing population would require trade-offs.

Given economic and social instability could result from uncertainty about those trade-offs, the Treasury saw it as crucial that efforts be made to build broad public consensus on the way forward.

To that end, the Treasury has taken the first step in finding consensus by convening a major conference later this month in conjunction with Wellington's Victoria University.

Under the Public Finance Act, the Treasury is required to produce 40-year projections on the fiscal position and identify challenges facing future governments, such as those arising from society's ageing population.

The suspicion will be that the Treasury is seeking to define consensus on its terms of tight fiscal restraint and low debt ratios to force cuts in superannuation and other entitlements.

In that context, it is significant that Mr Makhlouf has also been saying that under his leadership the Treasury will not be shy about entering public debate.

His predecessor, John Whitehead, was hardly a shrinking violet when it came to advocating publicly for a particular policy to be adopted, sometimes straying across the increasingly blurred boundaries between supposedly neutral public servant and ideology-driven politician.

If Mr Whitehead ventured into previously forbidden territory, Mr Makhlouf clearly intends to ensure the Treasury fully occupies that territory when it believes there is good reason for doing so.

The Treasury has always been the major bureaucratic player behind the scenes. On the surface, it might seem desirable that Treasury is more open, transparent and honest about its role and influence. But going public makes the Treasury a political player - and no-one seems to have thought through the constitutional ramifications of that.