Opinion: Where goes the Maori Party from here, Mr Flavell? 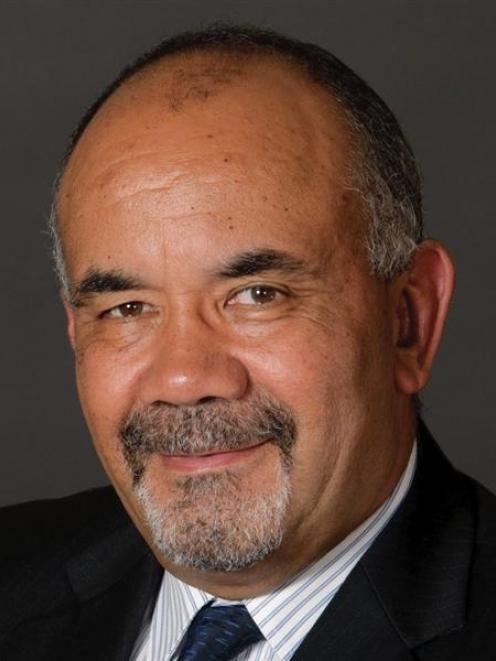 Te Ururoa Flavell
Don't write the Maori Party off yet.

The mathematics so starkly revealed by the result of last Saturday's Ikaroa-Rawhiti by-election may well point to one inescapable conclusion: that all three electorate seats held by the Maori Party are likely to tumble to Labour at next year's election.

Labour's obsession with reconquering all seven Maori seats is counterproductive. Winning back the four it does not hold would not add to its overall tally of seats in Parliament.

Labour would be better off making a pre-election pact with either the Maori Party or Hone Harawira's Mana and allow either party a free ride in the Maori seats, thus increasing the overall number of seats in the centre-left bloc post-election.

There are two reasons why that cannot happen. First, Labour could not bring itself to be seen to be forsaking Maori. Second, despite much advice to the contrary in the past week, the Maori Party is not going to forgo its option of negotiating with National.

Indeed, in selling itself as a pan-Maori Party that is neither left nor right, the Maori Party intends positioning itself as more of a centre party, rather than being confined to the Maori seats where it faces an ever tighter squeeze.

Minor parties do well when the major competitor on their side of the political spectrum is in the doldrums.

It is no surprise the golden days for the Maori Party have coincided with Labour's support going through a cyclical downturn, which saw it fall from 41% in 2005 to just 27% in 2011. Those days are nearly over. Inevitably, Labour's share will start rising again simply because it always has in the past.

The Maori Party and Mana can only hope and pray that does not happen this side of next year's election.

Labour seems to be doing its best to oblige. When you are in a hole, you can rely on Labour to dig itself into an even deeper one beside you, as it did this week with its shoot-yourself-in-both-feet potential change to party rules to allow women-only candidate selections. This was not solely political correctness gone stark-raving bonkers. Apart from alienating one group of voters who have drifted away from Labour in recent years - men - such a rule change would be just as insulting to women in insinuating they could not win selection on their merits.

The proposal should have been kiboshed by the leader the moment he saw it. That he didn't, or felt he couldn't, points to deep schisms in the party.

The message voters will take from Labour's warped priorities is that of a party which cannot get its act together in the snoozy backwaters of Opposition, let alone in the blazing sun of Government.

Even if such inept political management sees Labour languishing around the 30% mark or lower, the Maori Party's chances of holding at least one seat remain contingent on the extent that the Mana Party splits the non-Labour vote, as it did in Ikaroa-Rawhiti.

Further complicating things is that the Maori Party will be losing its two strongest personalities.

Pita Sharples' retirement from politics at the next election puts his Tamaki-Makaura seat into the highly marginal category, while Tariana Turia's departure from Parliament raises big questions as to whether the party can hold her Te Tai Hauauru seat despite a 3000-plus majority.

The hope is that the pending installation of the party's Waiariki MP, Te Ururoa Flavell, as Dr Sharples' replacement as co-leader will prove sufficient for him to hold his seat.

However, the Maori Party also has a plan to make it less dependent on those seats. It may work. It may not.

Exploiting a centrist positioning to make itself more attractive to a wider catchment of voters, the party is planning to target voters on the general roll.

Enrolment figures produced last November show that of the approximately 424,000 people who identified themselves as Maori and were enrolled to vote, some 234,000 were on the Maori roll and 190,000 were on the general roll.

Partly because of tactical voting by Maori, the Maori Party has consistently recorded a low party vote - less than 2% at the last election. However, a third of the Maori Party's party vote at that election came from the general roll.

Presumably, many Maori who have remained on the general roll have done so for reasons which have nothing to do with ethnicity.

Much hangs on Mr Flavell, who will become co-leader alongside Ms Turia at the party's annual general meeting in Whakatane next weekend.

While quietly spoken and unprepossessing, he displayed a steely resolve in his clashes with Hone Harawira when he was the Maori Party's whip. Likewise, his direct challenge to Dr Sharples' co-leadership of the party speaks of someone who is no shrinking violet.

The first thing Mr Flavell must do as co-leader is to neutralise the view which Labour has successfully pushed that the Maori Party is finished. He must get the maximum benefit from the media opportunities that come with a leadership change. He must spell out where the Maori Party goes from here.

The factors that pushed the party into third place have been well-canvassed - a dire lack of money to mount a strong campaign across a vast electorate; a shortage of party supporters and volunteers to knock on doors and maintain the party's profile; the dispute between Dr Sharples and Mr Flavell over the co-leadership; the seeming inability to celebrate the party's wins and communicate to voters what it is achieving as part of a governing arrangement; and the party's proximity to National which is regarded as particularly toxic to the Maori Party.

But the Maori Party's by-election vote matched its result in the 2011 election. The party is consoling itself that this means it has bedrock support of at least 20% of Maori voters. Wishful thinking? Maybe.