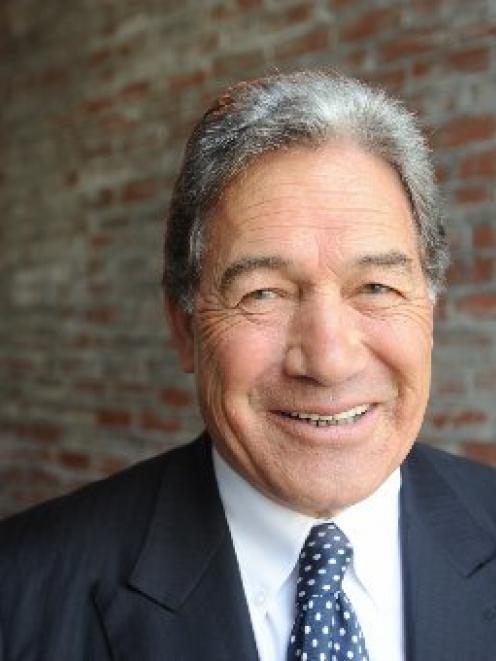 Mr Peters told a public meeting in Invercargill this afternoon that the as-yet unreleased tape of the two politicians speaking would reveal the pair talked about restructuring and rebuilding the ACT party, including who the new leader should be.

"It's clear that Mr Key is advising - no, is telling - Mr Banks of the ACT party who their new leader should be," Mr Peter said.

"Here is the leader of the National Party telling Mr Banks, on whose coat-tails they hope to get back into Parliament, who the new leader of the ACT party should be and that person is, according to Mr Key, Miss Issac."

Catherine Isaac is a past president of the ACT party. She married former Business Roundtable director Roger Kerr in 2010.

Mr Key complained to police after his conversation with Mr Banks in Epsom on Friday was recorded by a freelance cameraman, who has claimed he accidentally left a microphone in the room.

The Herald on Sunday reported that the cameraman tried to retrieve his recording device but was stopped by Mr Key's security staff.

Mr Key has since refused to discuss what was on the tape, and police announced they'd be executing search warrants at several media outlets for any material they might have related to it.

There were about 150 people at the Invercargill Working Men's Club this afternoon, including a big media scrum with representatives of five or six media organisations present.

At the meeting. Mr Peters also claimed the conversation was an insight into Mr Banks' thoughts about Mr Brash as a leader.

"Mr Banks describes his leader, Mr Brash as, and I quote him, a strange fellow," Mr Peters said.

Mr Key allegedly agreed, saying, "Yes, we've been down that road before" on the secret recording, Mr Peters said.

"Consituents are dying is the description Mr Key uses of hundreds of thousands of people who happen to be older."

Mr Key underlined his determination not to buckle to pressure and release the so-called teapot tape yesterday by twice walking out on journalists in the face of questions.

In what may be a major test of his political judgment, Mr Key appeared prepared to dig in his heels and stand firm on his position - a tactic that could inflame the issue with only nine days until the election and New Zealand First on the rise in the polls.

His political opponents called the walkout of a press conference unprecedented and damaging to Mr Key's credibility, and increasing speculation that the pair's conversation included derogatory comments about Act leader Don Brash and the elderly who support NZ First.

Mr Key yesterday became defensive and called the issue a "sideshow''. He claimed that media interest in the story did not square with the public's interest in other election issues including the economy.

After a walkabout in Upper Hutt with National's Rimutaka candidate Jonathan Fletcher, Mr Key answered a handful of questions on the teapot tape before ignoring further ones and jumping into his limo.

Earlier in the day, he dramatically walked out of a press conference after side-stepping questions about the tape, saying each time that he wanted to focus on issues such as the economy.

Meanwhile, the freelance cameraman behind the teapot tapes controversy has gone to court to challenge the legal status of the recording.

Lawyer Ron Mansfield said a declaratory judgment was being sought to urgently clarify the conversation was not private and its recording was unintentional, Radio New Zealand reported.

The action was being taken because the National Party had described Ambrose's actions as unlawful or unethical.

He's needed to take this action because the National Party in particular has been describing his conduct as unlawful and unethical," Mr Mansfield said.

"This is obviously damaging his reputation and ability to work."

Mr Mansfield said the legal action was to protect Ambrose.

"Work is all that he has. So rather than be political fodder and not being able to respond, he's done what's responsible and gone to the court to seek a ruling."

Mr Key has laid a police complaint over the recording, saying it was illegally made, and police said today they would execute search warrants at four media outlets for any material they might have related to it.