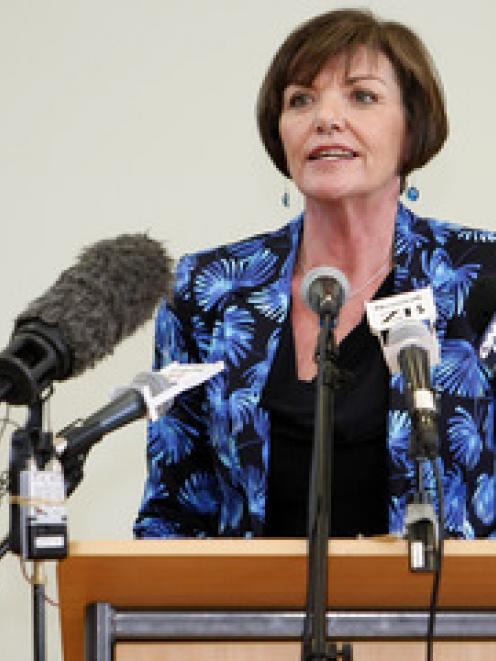 Mrs Tolley spoke to the principals' conference yesterday and immediately after her speech principals' moved that they did not have confidence "in the education policy and direction of the current government, in relation to National Standards, as led by the minister".

The federation represents 750 principals and president Peter Simpson said the vote was a clear message.

"The vote signals that New Zealand principals are galvanised in their views that the National Standards policy is the wrong way to go if we want to address the 14 percent of underachievers, and prepare children for the future," he said.

"The world experts who addressed our conference this week endorsed what we have been trying to communicate to government for the past two years.

"We have known from the outset that the National Standards are fundamentally flawed and will narrow not broaden children's learning. They focus on the old-fashioned notion that the 3Rs are what count in the curriculum when, in the 21st century, the experts are telling us that the skills children need today are creativity, innovation, critical thinking and problem solving."

NZEI President Ian Leckie said educators felt marginalised by the Government as it pursued its agenda.

"Any attempts to raise our concerns about untried and untested National Standards are met with arrogant disregard."

Labour education spokesman Sue Moroney accused the Government to trying to drive a wedge between teachers, principals and parents.

"While in the past National has attempted to pass off concerns by teachers as union activity the reality is teachers want to do the best they can for parents and students."

In her speech, Mrs Tolley said her "absolute priority" was to ensure students learned the fundamentals and National Standards were a tool to achieve that.

A spokesman for Mrs Tolley noted that Mr Simpson had focussed on National Standards alone without looking at serious issues such as bullying.

"The federation is now just a single-issue political lobby group which has never brought anything positive to the table," she said through the spokesman.

"The majority of schools are getting on with implementing National Standards and raising student achievement."