Biden leads Democratic challengers ahead of 2020 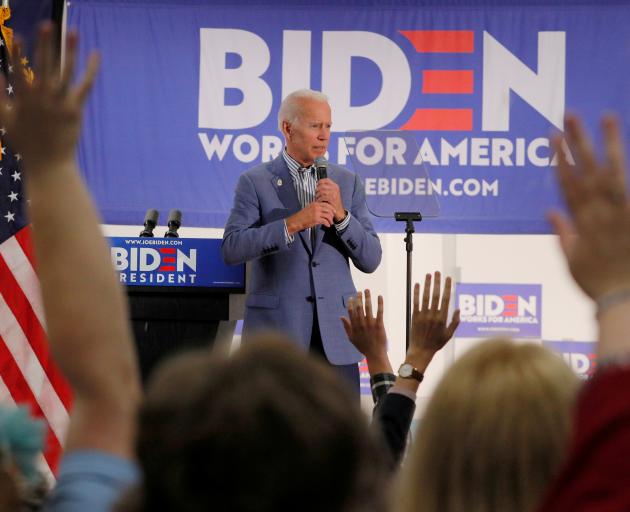 Biden is the first choice of 24% of likely Democratic caucus-goers in Iowa, the state that kicks off the presidential nominating race next February, in the Des Moines Register/CNN/Mediacom Iowa Poll.

Sanders, a US senator, is the first choice for 16% of respondents, while Warren, also a US senator, and Buttigieg, the mayor of South Bend, Indiana, are at 15% and 14%, respectively. No other candidate managed double-digits.

US Senator Kamala Harris registered 7%, and US Senator Amy Klobuchar and former Texas Congressman Beto O’Rourke are both at 2%. Seven candidates registered 1%.

"We’re starting to see the people who are planning to caucus start to solidify," said J. Ann Selzer, president of Des Moines-based Selzer & Co, which conducted the poll. "There’s a lot more commitment than we normally see this early. And some of these candidates who've been under the radar start to surface and compete with Joe Biden."

She said many candidates in the large field had failed to make a breakthrough. Nine did not register support in the poll.

"There's always been a question mark as to how many can get any real traction," Selzer said.

The Register's Iowa poll has a long track record of relative accuracy in the state.

More than 20 Democrats are vying for the right to challenge Republican President Donald Trump, who will formally launch his re-election bid on June 18. Biden has been the consistent leader in most national and state polls since he first entered the race in late April. Sanders runs second to Biden in most polls. 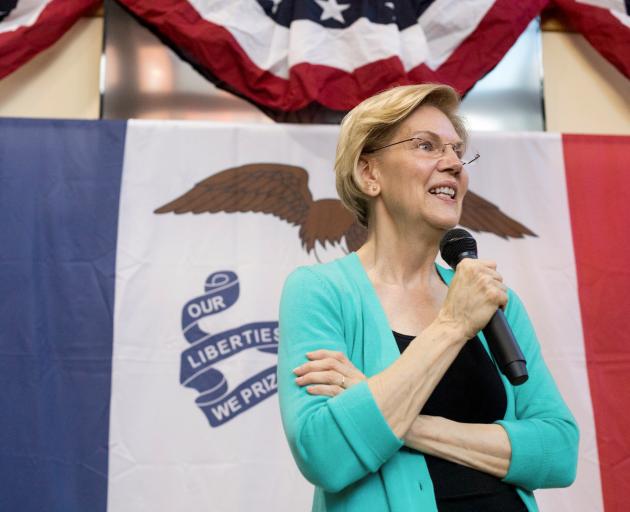 Democratic 2020 presidential candidate Elizabeth Warren makes one of a series of local visits in Fairfield, Iowa. Photo: Reuters
The Register said the poll methodology changed from its last few surveys. As a result of new caucus rules, the poll this time included a blend of those who plan to attend a caucus in person and those who will participate in a virtual caucus online or by phone.

That makes the results of this poll not directly comparable to past polls of the presidential field, the Register said. Biden also led in the last poll in March, with Sanders in second. Warren and Harris were in third and fourth place in March, and Buttigieg was largely unknown.

The Iowa poll was released on the eve of the biggest gathering of the Democratic race so far, an Iowa state party dinner in Cedar Rapids that will feature 5-minute speeches by 19 Democratic candidates.

The poll was conducted between June 2 and 5, with a margin of error of plus or minus 4 percentage points.