Obama bounces back after debate 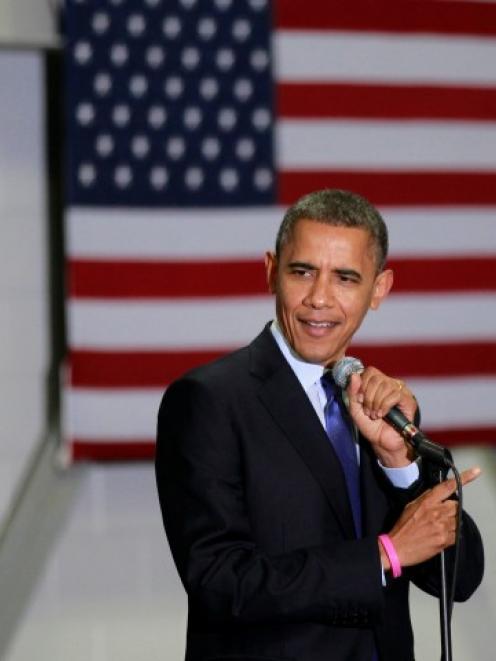 Obama and Romney are eager to win over women in swing states such as Iowa and Ohio, where the Democratic incumbent was campaigning a day after his energetic debating rejuvenated his re-election campaign.

During the second presidential debate on Tuesday night, Romney noted he had been given "whole binders full of women" when looking for candidates for his cabinet. The awkward phrase quickly took off in social media and critics suggested the remark showed Romney had few women in his inner circle.

"We should make sure all our young people, our daughters as well as our sons, are thriving in these fields" of science, technology, engineering and mathematics, Obama told a cheering crowd of some 2,000 people in Mount Vernon, Iowa.

"I've got to tell you, we don't have to collect a bunch of binders to find qualified, talented, driven young women ready to learn and teach in these fields right now," he said. "And when young women graduate, they should get equal pay for equal work."

One of Romney's top aides during his governorship was Beth Myers, who served as his chief of staff from 2003-2007 and has been a key adviser in his presidential campaign.

Obama has delivered several high-profile jobs to women since taking office, including Hillary Clinton as secretary of state and Sonia Sotomayor and Elena Kagan as US Supreme Court justices.

With his sleeves rolled up and his tie loosened, Obama seemed energized by his own debate performance, which the campaign hopes will erase memories of his listless appearance in the first debate that gave a bounce to challenger Romney in opinion surveys.

However, Obama made it clear he was not on a victory lap as he returned to the campaign trail.

"I'm still trying to figure out ... how to get the hang of this thing, debating," he said. "But we're working on it. You know, we'll keep on improving as time goes on."

The last presidential debate before the Nov. 6 election will be held on Monday.

Obama also seized the opportunity to press his attack on Romney over his economic proposals.