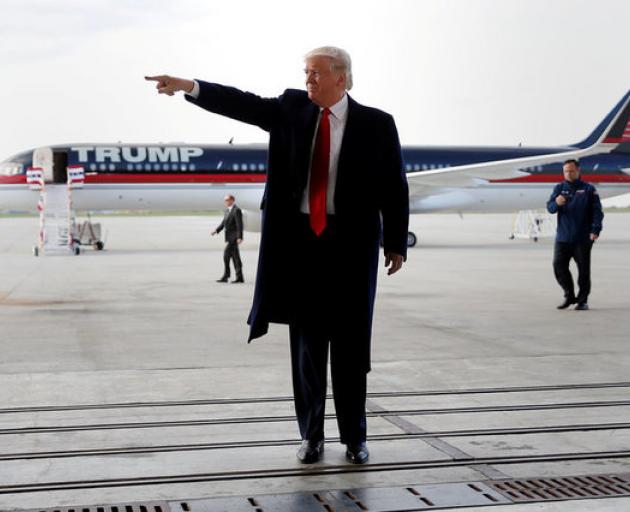 President Donald Trump suffered another legal setback on Monday (local time) as a second federal appeals court refused to revive his travel ban on people entering the United States from six Muslim-majority nations in a dispute headed to the US Supreme Court.

The San Francisco-based 9th US Circuit Court of Appeals used narrow grounds to reject the Trump administration's bid to undo a Hawaii federal judge's decision blocking the temporary ban. It said the Republican president's March 6 order violated existing immigration law. But the three-judge panel - all Democratic appointees - did not address whether it was unconstitutional discrimination against Muslims.

A second court, the Richmond, Virginia-based 4th US Circuit Court of Appeals, on May 25 upheld a Maryland judge's ruling that also blocked Trump's 90-day ban on travelers from Libya, Iran, Somalia, Sudan, Syria and Yemen.

The 4th Circuit had ruled that the ban, which replaced an earlier January 27 one also blocked by the courts, "drips with religious intolerance, animus and discrimination" aimed at Muslims.

The 9th Circuit largely left in place a nationwide injunction by Judge Derrick Watson that stopped parts of the order, which Trump said was urgently needed to prevent terrorism in the United States. That ruling came in a lawsuit challenging the order brought by the state of Hawaii, which stated the ban would harm its universities and tourism industry.

Trump has been on the losing side in all four court rulings on the March order. White House spokesman Sean Spicer said the administration is reviewing Monday's decision and expressed continued confidence that the order is fully lawful and ultimately will be upheld by the Supreme Court.

"I think we can all attest that these are very dangerous times and we need every available tool at our disposal to prevent terrorists from entering the United States and committing acts of bloodshed and violence," Spicer told a briefing.

The 9th Circuit upheld the block on Trump's three-month travel ban for the six countries and four-month suspension of all refugee admissions. But the court pared back part of Watson's injunction in order to allow the government to conduct internal reviews on vetting procedures for these travelers.

The administration said the travel ban was needed to allow time to implement stronger vetting measures, although it has already rolled out some new requirements not blocked by courts, including additional questions for visa applicants.

Rather than focusing on Trump campaign statements as the Virginia-based court did, the 9th Circuit said the language in the executive order itself did not make a rational case for why a travel ban was needed.

"The order does not offer a sufficient justification to suspend the entry of more than 180 million people on the basis of nationality," the court wrote, referring the combined populations of the six countries.