Senate control on knife's edge in voting for Congress 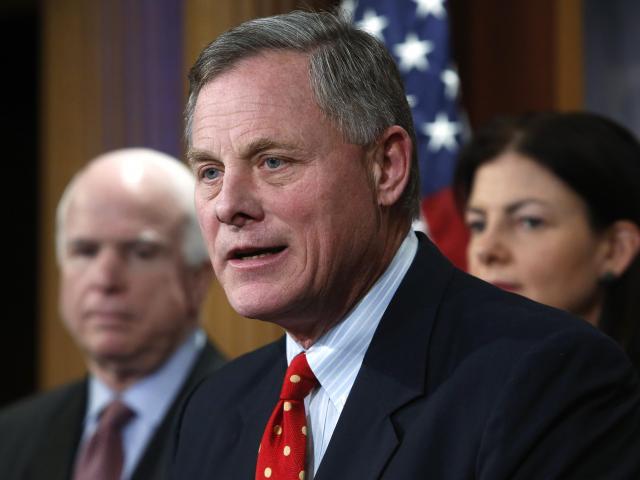 Republicans were putting up an unexpectedly tough fight to protect their majority in the US Senate on Tuesday, with several races seen as too close to call as polls began to close on Election Day in the Eastern United States.

Party dominance in Congress will be a crucial determinant of the policy-making outlook for the next president, whether it is Democrat Hillary Clinton or Republican Donald Trump.

In North Carolina, Republican Senator Richard Burr held only a 2 percentage point lead over his opponent, Deborah Ross, according to polling website RealClearPolitics.com.

Major TV networks called winners in four Senate races, including Ohio for Republican Senator Rob Portman, who had refused to campaign with Trump.

Also projected as winners by the networks, as expected, were Republican Senators Rand Paul in Kentucky and Tim Scott in South Carolina, and Democrat Patrick Leahy in Vermont.

Republicans have controlled the 100-seat Senate since 2015, but they had to defend far more seats this year than did the Democrats. Some analysts have raised the possibility of the 2016 election season ending with a 50-50 split in the Senate.

In such an outcome, the new U.S. vice president - either Democrat Tim Kaine or Republican Mike Pence - would be the tiebreaker in the Senate and determine control of that chamber.

To win Senate control, Democrats would have to score a net, five-seat gain. Republicans hold 54 Senate seats to 44 Democratic seats and two independents who align with Democrats.

Republicans were expected to hold their six-year-long majority in the House of Representatives, although probably with a smaller number of seats. That would likely give Democrats more of a say in legislation when the new Congress is sworn in on January  3.

Many Senate results may not be available for some time because of the number of close races, analysts said.

Projections from the New York Times and forecasting website FiveThirtyEight.com showed Democrats with just over a 50% likelihood of having Senate control when it convenes.

An analysis by political scientist Larry Sabato's "Crystal Ball" project at the University of Virginia said the election would end with Democrats and Republicans each holding 50 seats.

Continued Republican dominance in Congress could stymie any legislative agenda pursued by Clinton, if she is elected. A Trump victory, with a Republican Congress, could spell a swift demise for Democratic President Barack Obama's health reforms.

Even a Republican majority could be divided against itself, with party members disagreeing on issues such as whether to give a Supreme Court nominee a confirmation vote.

New Hampshire Senator Kelly Ayotte, a Republican in a close re-election fight, appealed to independent voters on Tuesday with a video saying: "It's going to take someone who can stand up to both parties when they're taking us in the wrong direction."

Hovering over the elections was FBI Director James Comey's October 28 letter to Congress saying his agency was looking at newly discovered emails originating from Clinton's days as secretary of state. "This is like a Molotov cocktail just thrown into a very explosive arena," House Democratic leader Nancy Pelosi said on Tuesday, Roll Call newspaper reported.

"He shouldn't have done that," Pelosi said in remarks to reporters at the Democratic National Committee.

Comey's announcement worried congressional Democrats. It "had a tremendous adverse impact with our standing with independents," said Representative James Clyburn, a member of the House Democratic leadership.

Before the FBI announcement, Democrats hoped to sharply reduce the Republicans' 246-seat House majority and grab control of the Senate.

On Sunday, Comey informed Congress that he was sticking with a decision he made in July that he would not recommend charges against Clinton for her email practices. But Democrats fretted it came too late to help many of their candidates.