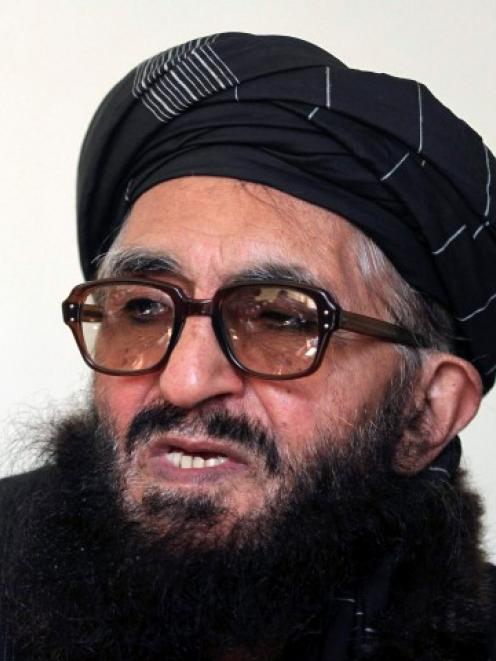 Maulvi Arsala Rahmani was one of the most senior members on Afghanistan's High Peace Council, set up by President Hamid Karzai two years ago to liaise with insurgents.

"He (Rahmani) was stuck in heavy traffic when another car beside him opened fire," said General Mohammad Zahir, head of the investigations unit for Kabul police.

The Taliban denied involvement in the killing of Rahmani, a Taliban defector but with strong ties to the movement. "Others are involved in this," its spokesman Zabihullah Mujahid said.

Rahmani was on his way to a meeting with lawmakers and other officials in a government-run media centre in the heavily barricaded diplomatic centre of Kabul when he was shot dead.

"His driver did not immediately realise that Rahmani had been killed," police official Zahir told Reuters, adding that no one had been arrested in connection with the shooting.

The Taliban said his death would not alter peace talks. "We don't believe it's a big blow to peace efforts because the peace council has achieved nothing," Mujahid told Reuters.

The 70-member High Peace Council appears to have made little progress in negotiating with the Taliban to end the war now in its eleventh year.

Any progress was severely halted when its head, former Afghan president Barhanuddin Rabbani, was assassinated by a suicide bomber last year. He has since been replaced by his son Salahuddin.

Rahmani told Reuters at the start of the year he was optimistic secret peace talks with the Taliban had a good chance of success and that the Taliban were ready to moderate their fundamentalist positions.

U.S. diplomats have separately engaged the Taliban in secret discussions abroad leading to an agreement on the establishment of a Taliban office in the Gulf state of Qatar, though the Taliban later suspended the talks, blaming Washington for ignoring its demands.

Fear is mounting amongst Afghans and foreign governments alike that the planned pullout of NATO combat troops by the end of 2014 and Afghan national elections in the same year could see the country engulfed in more conflict and bloodshed.