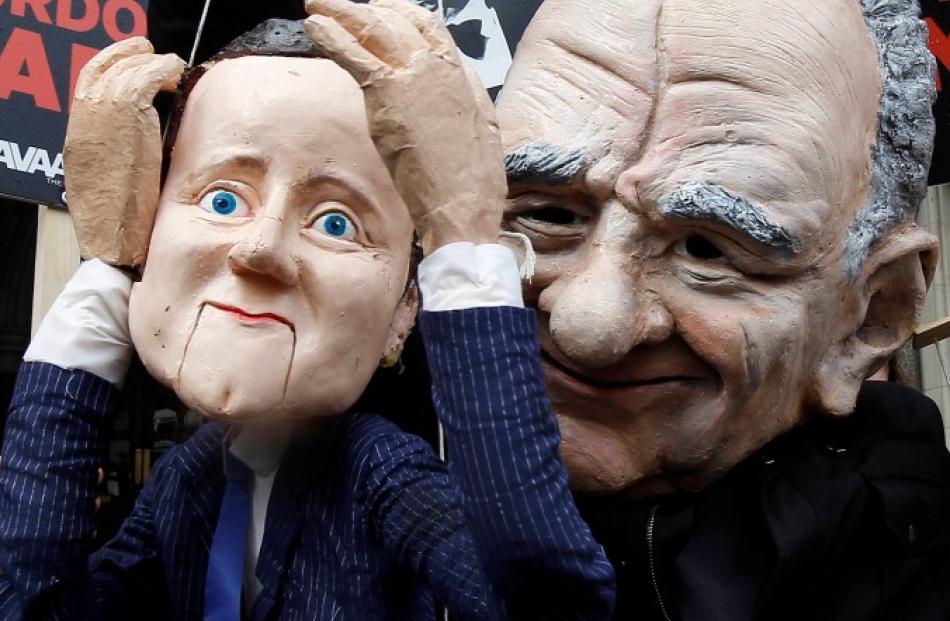 Rupert Murdoch is used to slipping into Downing Street by the back door for discreet meetings with prime ministers, but there was no such privacy on Wednesday when he faced a grilling about his political influence in the full glare of the world's media.

It was one of the most extraordinary days in a career spanning six decades that has seen the owner of a provincial Australian newspaper morph into a global media magnate credited with the power to make or break governments.

Questioned under oath at a judicial inquiry prompted by revelations of endemic phone-hacking at his News of the World tabloid, which he shut down last July, Murdoch gave a confident performance in which he amiably played down the power he holds.

If his enemies had hoped to see him squirm under the forensic questioning of the inquiry's top prosecutor, especially after a memorably unimpressive performance before British lawmakers last July with his son James, they were disappointed. Last time, a protester threw a foam "pie" at the elder Murdoch and was hit by his formidable wife, Wendi Deng.

Under questioning last July, Murdoch had looked old and tired, and said it was the humblest day of his life, as the extent of public outrage at the way the News of the World had treated ordinary people as well as celebrities sank in.

But at Wednesday's hearing at London's Royal Courts of Justice, one of the few times Murdoch has been hauled into any court, he appeared in command of the proceedings and quickly won over lawyers, journalists and the public alike. He smiled, was sometimes stern and left onlookers wondering how good, or bad, his memory of recent British political events really was.

Lest anybody underestimate him in his ninth decade, Murdoch jogged back to his seat after one of the breaks in proceedings, and showed he was as sharp as ever when it came to the quick put-down.

Had he thought British Prime Minister David Cameron was "lightweight" when he first met him? "No, not then."

What did he think of former Prime Minister Gordon Brown threatening to wage war on News Corp, his company? "I did not think he was in a very balanced state of mind."

Murdoch's many detractors say he uses his vast multi-media empire to promote his right-wing views, further his commercial interests and gain covert influence among the rich and powerful for himself and his children.

The media mogul conceded that politicians often courted him, but shrugged at the suggestion that his papers could swing British elections.

"We don't have that sort of power," he said, disowning the famous "It's The Sun Wot Won It" front page run by his favourite tabloid on the morning after the Conservatives unexpectedly won the 1992 election.

Responding calmly and politely to questions, pausing to ponder his answers and cracking a few jokes along the way, the 81-year-old projected himself as a shrewd and sensible businessman with no secret agenda or delusions of grandeur - a far cry from the bogeyman portrayed by his numerous enemies.

It was only natural in a democracy that politicians should seek the support of the media, and there was nothing unusual about his own political contacts, he said.

"He was that version of Rupert Murdoch that is approachable, engaging, really anything you want him to be," said Neil Chenoweth, a Australian investigative journalist who has been writing about Murdoch for more than two decades.

"I think it must be very reassuring for investors to see him on top of his material, a little conciliatory but not a lot," said Chenoweth, the author of two books on Murdoch.

But Murdoch's efforts to downplay his own importance were undermined by events in Westminster, a short distance away from the courtroom where Judge Brian Leveson's inquiry was in progress.

AT THE HEART OF POWER

With excruciating timing, Cameron was in parliament for a weekly question time that was dominated by attacks on him and his government for being too close to the Murdoch empire, a theme that has dogged Cameron since revelations started pouring out in the hacking scandal.

While Cameron was jeered in a rowdy House of Commons, Murdoch was gently ducking difficult questions at the Leveson Inquiry with smiles, one-liners and pregnant pauses as he appeared to rack his brain for long-lost memories.

A crucial lunch with former Conservative Prime Minister Margaret Thatcher to gain her backing for his 1981 takeover of the Times and the Sunday Times? He had no memory of it. Allegations of interference in editorial matters by former Times editor Harold Evans? He hadn't read the book.

Nevertheless, for a self-styled outsider who likes to portray himself as a scourge of the establishment, Murdoch's testimony offered tantalising glimpses of a career that has in fact unfolded at the very heart of power.

He was probed on his relationship with Thatcher and grudgingly admitted that they were "on the same page" politically.

That is putting it mildly, according to many students of Murdoch's career who say that under Thatcher's government in the 1980s he and his papers shared her libertarian and individualist agenda and offered her support she could only have dreamed of.

"They were engaged in a joint crusade to regenerate Britain, its culture, its people, its place in the world," said James Curran, co-author of "Power without Responsibility", an authoritative textbook on the history of the British press.

But Wednesday's grilling showed Murdoch's political malleability, which analysts say has been one of the hallmarks of his success.

With the Thatcher era over and her Conservative successor John Major bogged down in party infighting, Murdoch switched allegiance to left-of-centre Tony Blair of New Labour, who flew to Australia as opposition leader to pay homage to Murdoch.

"This was a pragmatic, calculated relationship with an Atlanticist pro-markets social democrat he could do business with. It wasn't a joint crusade, it was a carefully calibrated mutually advantageous relationship," said Curran.

The Blair-Murdoch relationship was described in cruder terms at Leveson. Murdoch was asked if it was true that he had once told Blair that "if our flirtation was ever consummated, Tony, then I suspect we will end up making love like porcupines: very, very carefully." The response: "I might have."

The performance showed that the ageing Murdoch has lost none of his fighting spirit after a tumultuous year that saw him sacrifice the profitable News of the World, abandon a cherished bid to take over a satellite TV business and reluctantly let his son James and his favourite, Rebekah Brooks, resign from their posts at the British arm of his News Corp conglomerate.

These events have transfixed the British media and profoundly embarrassed the government, but Murdoch's Leveson appearance served as a reminder of the many controversies he has overcome during his long and inexorable rise.

After expanding the family business he inherited in Australia and New Zealand, Murdoch burst on to the British scene in the late 1960s with the purchase of the News of the World and the Sun.

In his first decade as owner of the two papers, they were transformed into sensationalist scoop machines,  serving up a diet of sex scandals and bare-breasted girls. Circulation soared to record levels.

When he set his sights on the venerable but struggling Times and Sunday Times in 1980, his takeover bid prompted cries of outrage from many critics who said the vulgar style of his tabloids disqualified him from running respectable papers.

Murdoch prevailed and owned the four newspapers until he had to close the News of the World amid scandal last year. He replaced it with a Sunday edition of the Sun and has a staggering 40 percent share in Britain's daily newspaper market.

In 1986 came the battle of Wapping, when Murdoch moved his operations overnight to new facilities with their own printing press in a direct challenge to powerful unions who opposed the move because it would lead to massive job losses. After months of strikes and violent standoffs, Murdoch won.

Asked at Leveson whether one of the reasons why Thatcher, also a ruthless union-buster, had backed his bid for the Times group was that she expected him to crush the press unions, Murdoch was evasive.

"I don't think she knew there would be trouble with the unions ... I didn't have the will to crush the unions. I might have had the desire, but that took years," he chuckled.