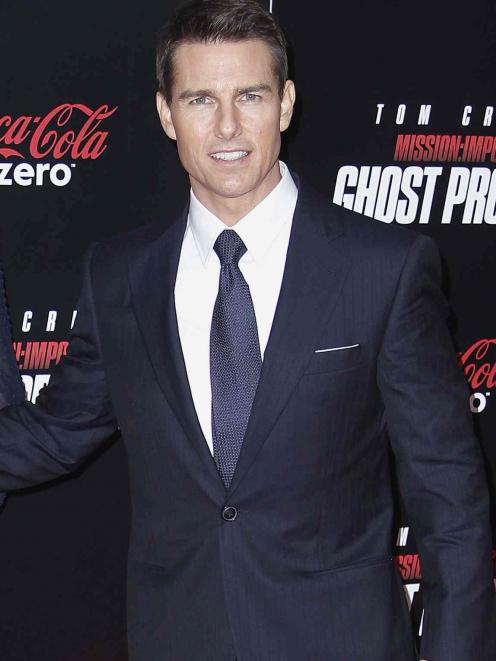 Tom Cruise - 'number two or three in the Scientology hierachy' according to Rupert Murdoch. REUTERS/Carlo Allegri/Files
News Corp chairman Rupert Murdoch took a swipe at Tom Cruise in a series of tweets that labelled the Hollywood star a No 2 or No. 3 person in the hierarchy of Scientologists, a group the media mogul called "creepy."

Cruise, a star of the "Mission: Impossible" movies, has long been a prominent member of the Church of Scientology, which some have described as a cult. The actor made headlines on Saturday when it was revealed his wife, actress Katie Holmes, had filed for divorce and is seeking sole custody of their daughter, Suri.

Later in the day, he tweeted: "Watch Katie Holmes and Scientology story develop. Something creepy, maybe even evil, about these people."

Murdoch acknowledged his tweets would be controversial about an hour afterward with: "Since Scientology tweet hundreds of attacks. Expect they will increase and get worse and maybe threatening. Still stick to my story."

It is not often that a high-profile media mogul like Murdoch - News Corp owns the Fox brand of TV networks and movie studios and various media companies worldwide - attacks a major movie star such as Cruise publicly, although it has happened to Cruise before.

"We don't think that someone who effectuates creative suicide and costs the company revenue should be on the lot," Redstone told the Wall Street Journal at the time. "His recent conduct has not been acceptable to Paramount."

Redstone was referring to interviews Cruise gave that year that made headlines worldwide for Cruise's behaviour, including jumping on Oprah Winfrey's talk show couch and professing his love for Katie Holmes in front of millions on U.S. television.

Cruise and Holmes eventually married and had Suri, who is now 6 years old. The high-profile family is a favorite of celebrity magazines and news that Holmes filed for divorce in New York came while Cruise was filming in Iceland.

A representative for the Church of Scientology was not immediately available on Sunday to comment, nor was an attorney for Cruise.