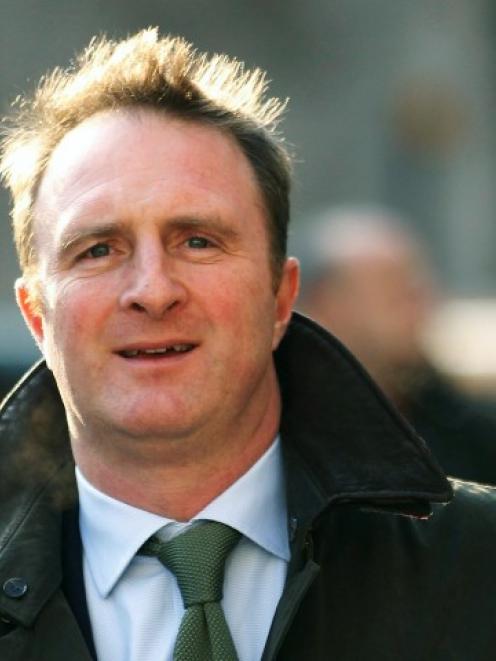 No formal reason was given but Harding indicated the decision had been forced on him in his resignation speech to staff.

"It has been made clear to me that News Corporation would like to appoint a new editor of The Times," said Harding, who was one of the youngest journalists to get the job when he took over in 2007.

"I have therefore agreed to stand down. I called Rupert this morning to offer my resignation and he accepted it," he said in quotes reported by his own newspaper.

Harding, 43, will leave at the end of the month, according to a statement from News International, the British newspaper arm of Murdoch's News Corp.

The resignation comes at a tumultuous time for News International after Tom Mockridge stepped down as chief executive last week and in the wake of the phone-hacking scandal at the now defunct the News of the World, part of Murdoch's British newspaper stable.

Murdoch, who is splitting his empire into two companies, separating his newspaper and publishing businesses from the more profitable film and TV interests, installed Mike Darcey, a former economist known for signing commercial deals and boosting subscription revenues, as Mockridge's replacement.

Harding himself was criticised by a public inquiry which was set up by Prime Minister David Cameron to examine press ethics following the public furore over phone-hacking.

He was forced to apologise to the inquiry, headed by senior judge Brian Leveson, in February after admitting that one of the paper's reporters had hacked the email of an anonymous police blogger in 2009 to expose his identity.

People familiar with the situation at News International have speculated that John Witherow, the editor of the Times's sister paper, the Sunday Times, might replace Harding.

In its statement, News International merely said the national independent directors of The Times would be consulted on a replacement.

"James has been a distinguished editor for The Times, attracting talented staff to the paper and leading it through difficult times," Murdoch said. "I have great respect for him as a colleague and friend, and truly hope we can work together again."

Britain's national press, which has been struggling with declining readership in recent years, has also been reeling from Leveson's damning inquiry which called for a new legislation-backed watchdog to police the sometimes "outrageous" behaviour of newspapers.

Harding was playing a key role in the industry's attempts to come up with an effective system of self-regulation and thereby avoid any press law which editors argue would amount to state control.