Delta issues should be aired publicly 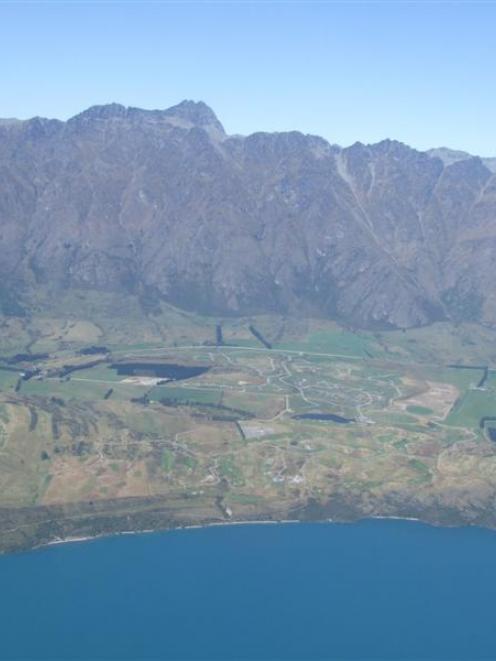 The Jacks Point development, near Queenstown, where Delta faces losing large amounts of money.
All matters around Delta's deals at Jacks Point and Luggate should be made public, writes Russell Garbutt, of Dunedin.

Recent revelations relating to the proposed write-down in asset values of one of the Dunedin City Council companies, Delta, raise serious issues that require more than a cursory once-over in some carefully worded company statement.

The auditing process that allows information to be either concealed or made difficult to access when public money is at risk also needs examined.

Delta is but one of a group of ratepayer-owned companies under the umbrella of Dunedin City Holdings Ltd (DCHL). Readers will recall that somehow, over time, the number of highly paid directors blossomed within the DCHL group to the point where many prominent individuals held positions on most of the DCHL family of companies as well as DCHL itself.

This arrangement came to a head after a public spat between Mayor Dave Cull and Paul Hudson, who held numerous positions within DCHL as well as being a city councillor.

Questions arose about the wisdom of DCHL borrowing money to pay the city a dividend, and finally the Larsen report commissioned by the council saw some people within DCHL resign and slimmer boards result.

One can only speculate why this group of supposedly experienced directors thought that it was wise or prudent to borrow to pay dividends over an extended period.

Mr Larsen didn't think it was good business practice and neither did many ratepayers, but their thoughts have, for many years, been rejected or ignored.

But what has happened over some very specific deals with Delta need more examination and accountability.

These deals involve land speculation at both Jacks Point and Luggate and who has ended up bearing the direct costs of them.

Jacks Point was a grandiose concept including the transformation of farmland into 1600 houses, a golf course, a luxury lodge, a vineyard and associated winery.

The developers envisaged the finished project would result in a town larger than Arrowtown and that sections would be sold for sums in the region of $600,000.

One of the owners of this development was Michael Owen Coburn, and he remained a director of Jacks Point to the end of 2008, as well as being a director of Delta.

During the early 2000s many sections at Jacks Point were contracted to Hanover Finance, but after this company's failure, the decision was made by Delta to buy 100 sections.

The price was announced in the Otago Daily Times on July 11, 2009, as between $2 million and $3 million, although Delta's chief executive at the time, Grady Cameron, said despite Delta being a council ratepayer-owned business, the details of the sale would be confidential.He did nothing to publicly clarify the purchase price and thus allowed the belief Delta paid up to $3 million to be circulated.

But Delta and associated company Aurora not only bought the Jacks Point sections, they also provided $10 million worth of services from 2007 to 2009 and then announced a preferred contractor arrangement, after which it seems no further services were provided. The annual reports of Delta and Aurora are consolidated within the reports of DCHL and it is not clear whether these provided services actually resulted in payments, or some other arrangement resulted. Again, commercial sensitivity seems to be a hindrance to obtaining any form of transparency and certainty around these services.

Also unclear are the decision-making processes these boards used to start getting into land speculation, and what determined their decisions to buy at the levels they did. Equally unclear are the roles of those involved within the arrangements.

On the surface, there appear to be conflicts of interest where shareholders and owners of a development or others involved in land transactions are also on the boards of companies entering into contracts and land purchases related to the development.

What is now really clear is that the decision to pay nearly $9 million for sections at Jacks Point was a bad one and that this view is upheld by the recent proposal to write down this "asset".

The only people to suffer in this process have been the city ratepayers, who no longer have assets with a realisable value close to what they paid for them.

No-one else seems to have suffered in any way.

But the experience of Jacks Point did not seem to deter the activities of Delta in further land speculation, this time at Luggate.

The justification for Delta to get involved in the development at Luggate seems equally mysterious and shrouded by commercial sensitivity.

However, it is clear that in mid-July, 2008, Delta put $5.3 million into this development and again there appeared to be exclusive service provisions by Delta to the owner of the development, Jim Boult.

What was not disclosed at the time was that the deal made Delta a significant part-owner of the development.

Again it is not at all clear whether services provided by Delta to the Luggate development of which it was part owner were paid for in cash or the costs of the provision of those services was part of another sort of arrangement.

The whole concept of commercial companies being owned by the ratepayer with profits being used to offset rates is a good one, but what has actually happened is that DCHL has undertaken an aggressive programme of borrowing to purchase assets that simply have not performed.

The total debt of DCHL is now of extraordinary proportions: $534 million of external debt, and another $112 million owed to the Dunedin City Council, coming to a grand total of $646 million, for which the ratepayers are ultimately liable.

It is not acceptable for those involved in these deals to refuse to make public comment, or to refuse to answer questions in relation to the various deals as, in the end, public money is involved.

It is time all such matters were made public. If there has been incompetence or poor business practice involved, then like those involved in recent finance company actions, people should be held accountable.