Democracy is about the people, not the leaders 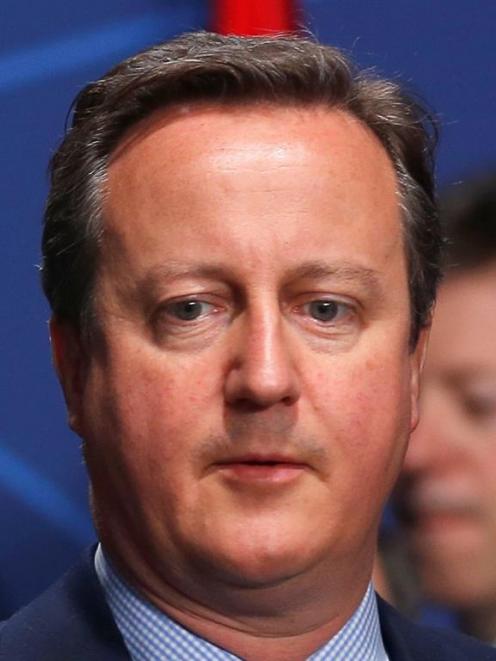 David Cameron
If David Cameron had wanted a guide to the risk he was running in putting Britain's future with Europe to a referendum, he might have scanned Jim Bolger's mistake with MMP.

If Australians need help to get over their macho belief that only a prime minister with an absolute majority can rule effectively, they could ask Helen Clark and John Key how to do real policy when in a minority.

In each case the lesson is democracy - a vexatious word that has something to do with "the people''.

Mr Cameron thought he could freeze the anti-Europe codgers in his Conservative Party. Mr Bolger thought he could finesse constitutional pointy-heads and scotch complaints, especially by burgeoning minor parties, that first-past-the-post (FPP) was unrepresentative.

Mr Cameron and Mr Bolger ended up on the blunt end of anti-elite rebuffs.

From 1984 to 1992 the elites in Labour and National had taken their parties off their historical tracks into hard economic reforms. In "little England'' three decades of hardening inequalities and a disquieting population remix had tuned out we-know-best London elites.

Mr Bolger's party then, for two decades, hoped to return voters to FPP. John Key obliged with a re-run referendum in 2011 which ended the argument with a 57.8%-42.2% "remain'' vote.

Ms Clark had shown Labour could run governments with a variety of smaller parties and still get quite a lot done, including some social-liberal measures and moderation of the free-market line. Mr Key had shown he could shift the centre significantly rightwards again with a three-party support stable.

Malcolm Turnbull wanted to fix a Senate which blocked budget fixes and economic flexibility reforms. Voters gave him a Senate at least as pesky. His Liberal Party remains faction-riven. He has to learn to work with, not against, irritating minorities.

In Britain after the Brexit vote Mr Cameron's party has to work out how to hold itself together, hold the Disunited Kingdom together and hold Britain and Europe together.

For Mr Turnbull and Mr Cameron - and their stunned elites in the banks, economic ivory towers and leafy suburbs - voters have posed a challenge that goes to the core of their political privilege. Is representative parliamentary democracy - citizens deputing full power to those they elect - enough democracy in the 2010s?

A growing number seem to be saying it isn't. Populists abound.

As polls showed a majority for Brexit in early June, lofty opinion pieces in the media pronounced referendums undemocratic. The people could not decide a momentous and complex matter in a one-off 50.01%-takes-all vote.

Translation: the people are too dumb for their own good.

One simple fix would have been to require a supermajority, say, 60%. FPP sticklers here said the same after the 1993 53.9% vote for MMP. The 2011 vote got close enough to silence them.

Another fix for Brexit might have been to hold two referendums, as in 1992-93 for MMP: the first could, for example, have set "remain'' with a set of qualifiers against a simple "leave''. "Leavers'' who had second thoughts could have switched in the second vote.

Could Switzerland have helped Mr Cameron? It has run thousands of binding referendums, including citizens' initiatives, over a century and a-half. The federal Parliament debates an initiative and can recommend a yes or no vote or an alternative. Voters then decide.

But even there the Parliament doesn't always prevail. In 2014 the Swiss voted 50.1% to control eastern Europe migrants in defiance of an agreement with the European Union (EU) on free movement of people. Unless sorted soon, Switzerland will lose free access to the EU market. Overtones of Brexit.

Referendums are only one alternative decision mechanism. Others include national conventions, deliberative polling, citizens assemblies and juries and collaborative consensus-seeking as in the Land and Water Forum here.

British Columbia used a citizens' assembly in 2004 to explore an electoral system change.

A man and a woman were near-randomly chosen from each electorate. They met over 11 months with experts, held 50 public meetings, collected feedback on a website and deliberated at length. They recommended change, which 57.7% of voters approved but that was short of the 60% threshold Parliament had set.

Academic analysis found the process rigorous. Polling found the public trusted the assembly as being more like themselves than politicians.

Had Mr Cameron taken that course, he might have avoided Brexit. An informed citizens assembly might have said "remain'' and voters might have trusted the assembly instead of giving the fingers to the elites.

Mr Key might even have got a new flag that way.