Deserving of our support 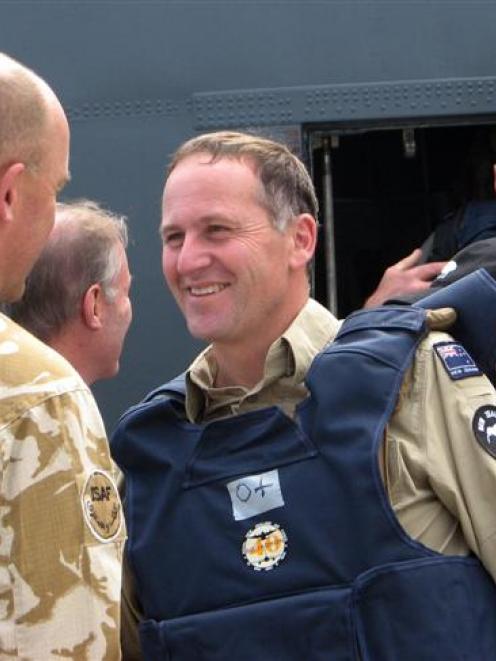 In what seemed to be a premeditated attempt to belittle the work of our Army's Provincial Reconstruction Team (PRT) in Bamiyan province of Afghanistan, the Sunday Star-Times the weekend before last published a story by a reporter who had been there.

It was a silly story, based on a "poll" of 100 Bamiyan town residents, 82 of whom rated the PRT's contribution to the security of their province as either "good" or "very good" but of whom 64 described the team's contribution to reconstruction as "poor" or "very poor", with only 34 saying that they or their family had benefited in any way from aid projects in which the PRT has been involved.

How dumb can you get? For a start, this sample was taken in only the main centre of a province that covers more than 14,000sq km with a population of nearly 400,000.

And, in any case, asking a resident of a single town with a population of 60,000-odd whether the aid work of the PRT is good enough is a bit like asking a beneficiary if the money he gets each week is enough.

Furthermore, the PRT's jobs allocation is not up to the Army but to NZAid, whose civilian officials decide what the $1 million it gives this year to the PRT will be used for.

Most of the work is contracted out to local contractors, the PRT providing supervision and security.

NZAid contributes $7 million to Afghanistan this year, $5 million of which goes to United Nations and non-government aid agencies.

The seventh million goes to the New Zealand Police for training Afghan police.

After reading the Star-Times piece I was left wondering what the PRT, which has been in Bamiyan since late 2003, had been up to for all those years.

The answer is a hell of a lot.

But most of what the team achieves, while of incalculable benefit to the local population, is much too mundane to appeal to today's postmodern journalist.

There are 108 Kiwis in the PRT's 16th rotation, 15 of them women, under the command of Colonel John Boswell.

Their living conditions are basic: their personal quarters are plywood shacks and they have a dining hall and a gym building for physical training.

There is an engineer unit of eight, including a plumber, a carpenter and an electrician, and a specialist medical unit of three, plus medics with each of the four patrols and the civil-military co-operation team who travel the length and breadth of the province to liaise with the local people.

Around the province, the PRT has built and/or repaired and maintained schools, built health clinics and emergency accommodation for patients' relatives and, in the main Bamiyan hospital, has installed equipment such as kitchens, electricity generators and defibrillators.

It also provides transport for patients to and from the hospital.

It drills, repairs and maintains water wells, has undertaken widespread flood-protection works, has built, repaired and maintained canals and culverts, repaired roads and supplied bridges for both motor and pedestrian traffic.

Meanwhile, its patrols and the civil-military co-operation team travel hundreds of kilometres all over the province, spending long periods away from their base, to meet tribal leaders, provide medical care and hold talks between different groups in the region.

Getting alongside the people is considered one of the most important parts of the job since it allows the Kiwis to gauge their concerns, to reassure them and to provide assistance where needed.

And nobody, according to old Afghanistan hands, does that better than our folk.

Nowhere is this more evident than in the significant charitable work conducted by PRT members personally and their families here at home.

For instance, a young boy with a cleft palate has received surgery paid for by funds quickly collected by our soldiers; the Bamiyan hospital has an incubator paid for by money raised by a beard-growing competition in the PRT; and a small girls' school is being built from donations given by parents, loved ones and members of the team.

This sort of almost off-hand generosity so typically Kiwi on the part of our soldiers and their families and friends leaves a lasting impression on the local population and breeds heaps of goodwill.

Considering Bamiyan's history of conflict and the human rights abuses committed during the Taliban occupation, plus the lack of physical infrastructure and the harshness of the natural environment, everything our PRT team does for the local people is appreciated.

So good on John Key for taking the time (and the risk) to visit the PRT team on the ground and to see for himself what it's all about.

As a result, he is obviously considering extending the PRT's involvement beyond the end of this rotation in September.

So he should. I support him wholeheartedly in this.

So should we all, and bugger the politics.

• Garth George is a retired editor. He lives in Rotorua.