First Goff, Key, next Green's Norman into the fray 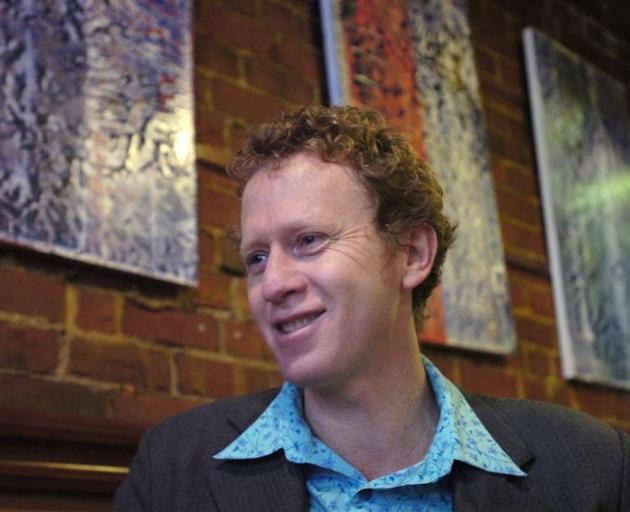 Russel Norman
The bold start to the political year by Phil Goff and John Key has a sequel tomorrow when Greens co-leader Russel Norman relaunches the case for a capital gains tax in his "state of the planet" speech. That should cause waves for a party cruising through relatively calm waters.

The Greens face fewer risks in election year than is evident for other parties. None of its MPs are sabotaging party unity, as Hone Harawira is successfully doing to the Maori Party with feigned innocence.

Neither of its leaders, Dr Norman or Metiria Turei, is showing hints of desperation as Labour's Phil Goff did this week in resorting to the dye bottle for rejuvenation.

If you want a lesson in rejuvenation, the Greens are the case study. Its caucus will have been completely rejuvenated since 1996 when Keith Locke retires at this year's election, and it has been done with little rancour.

The Greens' biggest risk is the risk of irrelevance, that green policies are seen as a luxury for the good times and dispensable in tough times.

That's the message in Australia this week, where the massive bill for the cleanup in Queensland which Julia Gillard outlined will be partly funded by the deferral or ditching of half a dozen green schemes.

Dr Norman's bravery on capital gains follows what has been a bold start to the year for the Opposition leader and Prime Minister on economic policy this week.

Mr Goff began with an election-style rally to unveil two components of a new tax policy - a $5000 tax-free zone and a higher tax on the wealthy.

But the hoopla from noisy Labour supporters did not fill the information void on how the $10-a-week tax cut would be totally funded.

Mr Key's asset-sales announcement rescued Mr Goff, giving him the meat that he couldn't offer up himself.

It continues to be a challenge for Labour to find issues to credibly promote their major themes of governing for all and not just the wealthy, and opposing foreign control.

Asset sales delivers up a policy representing the ultimate test in political credibility and trust.

But too much has been made of the supposed risk Mr Key is taking.

The prospect of partially selling four state-owned enterprises and more of Air New Zealand if National wins a second term is a risk over which the party has control.

If Labour , the Greens and New Zealand First start winning the argument, National can be infinitely flexible.

National might decide, while few voters actively embrace the sales policy, it is not a vote-changer either and thus go ahead with it, and that is the most likely outcome.

But if National determines it will cost it votes and the election, it will simply ditch it.

It could say it couldn't find an adequate mechanism to protect the desired Kiwi ownership.

It might put just one or two of the companies up for partial sale, instead of all five.

It might just offer a small percentage of the companies up for sale.

Whatever the final outcome, the slow evolution of National's asset-sales policy shows it has mastered the art of the long game, over the disaster of the ambush.

Heading into election year, the real risks for National are ones they can't control, such as instability in support parties and more financial shocks.

The prospect of a European banking meltdown and the bursting of China's property bubble haunts Finance Minister Bill English.

The decades-old refrain about the vulnerability of New Zealand to foreign borrowers is finally getting cut-through because households are feeling vulnerable themselves.

Mr Key and Mr English are using that sense of vulnerability to sell an assets policy they would have pitched in good times.

Whether the policy is pragmatism or ideology disguised as pragmatism, if they can make a convincing case, it is the opposition to it that will begin to sound ideological.

The case for creating local vehicles for local investment was given voice on Thursday, when wealthy iwi Waikato-Tainui - which is looking for a cornerstone shareholding in businesses such as Mighty River Power - issued a statement of strong support for the policy.

The issue of foreign ownership is the most potent one for opponents, even with guaranteed Government control at 51%. Predictably, out of the blocks with a warning about Chinese ownership was New Zealand First leader Winston Peters.

He will find it harder to get traction this year as Labour claims his territory - governing for all, not the few, and foreign control.

It's a safe bet we will be hearing a lot more from Labour about the sale of Contact Energy, which is owned largely by Australians, and a lot more from National about the Auckland International Airport Ltd sale (approved when Peters was treasurer).

As Brian Gaynor alluded to on National Radio this week, it's not the privatisation, it's the way we are privatising.

The bid by Mr Peters this year to regain a place in Parliament is perhaps the biggest risk to a second term for National - and the biggest chance for Phil Goff to become prime minister.

Mr Key yesterday avoided questions in an interview about whether he would again rule out Mr Peters as a coalition partner, as he did last election in a high-risk move.

Mr Key's tactic at this stage s to partner Mr Peters with Mr Goff in the public's mind.

Responding to politicians like Mr Peters and Mr Harawira gives them the extra exposure they crave - as the Maori Party has so clearly not yet learned. Mr Harawira's path to martyrdom has been guaranteed by the way the party has mishandled his attacks on the leadership and the caucus, calling in the lawyers.

Mr Key glides through, so far unsullied by the turmoil in his support parties. Managing risks is second nature to a world-class currency trader.

When that talent deserts him as a political leader, his party will be in trouble. There is no sign of it yet.