Importance of achievement not to be belittled 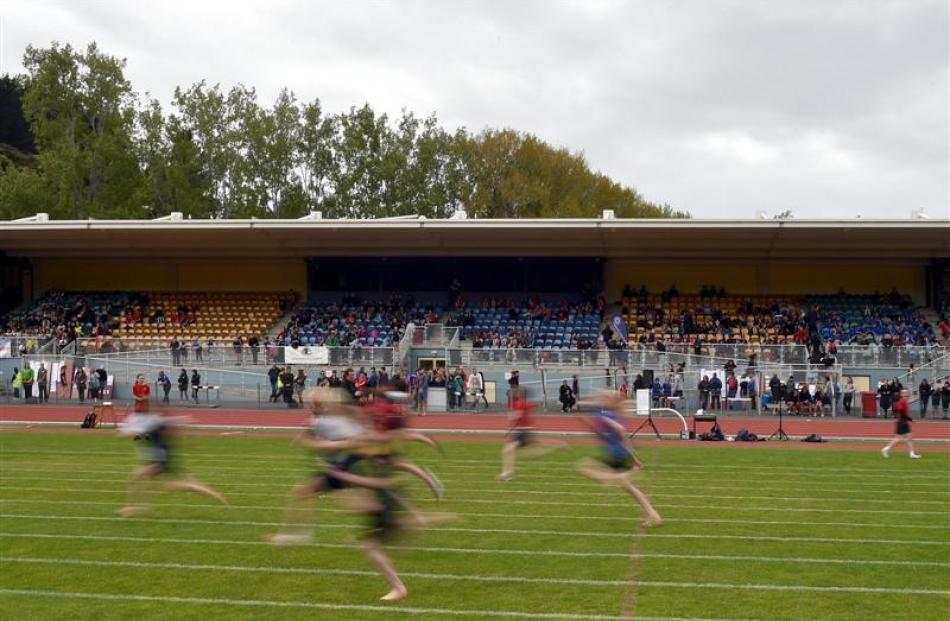 A race at the Dunedin North Zone sports at the Caledonian Ground last Thursday. Photo by Gregor Richardson.

What is it in the digital world that has suddenly produced children who are so stunning in so many disciplines?

In my day, you were either good at arts, sciences or sport.

The occasional freak managed two of those three.

Now it is quite common for a child to stagger off the prize-giving stage with more cups, vouchers and flowers than Otago Boys' High would have bought for the entire school in 1966.

It can't just be energy drinks.

One boy, no names, silly to pick him out, though, as he will definitely be prime minister one day, well actually, he could be prime minister tomorrow, Jacobi Kohu Morris, achieved so many things in every walk of life this year, head boy and co-dux most spectacularly, had a list of wins, scholarships and world speaking engagements so unending, they had an interval in the middle of the readout.

His farewell speech to the school filled my eyes with tears.

So different in my day.

And yet can I just say that IN my day, a mountain-shattering achievement, while quite rare, was really worth the CV paper it was written on.

I was reminded of this the day after the Logan Park prizegiving, when I attended the North Zone primary school athletics opposite the school at the Caledonian Ground.

It was at a primary school sports meeting, many many moons ago, that I recorded an achievement that will cling to my heart and memory bank for two lifetimes still to come, depending, of course, on what I come back as.

If I return to Earth as a paper clip, the chances of this happening are small.

At primary school, Kaikorai, I wanted to be a sprinter at the athletics sports like most kids.

Kaikorai was very good at athletics, as good as any school in the town, in fact.

I recall only Wakari gave us much cheek.

However I found I suffered from that wretched athletics condition coaches call ''slow''.

Well, I am beating my chest here, I was actually ''painfully slow''.

Only when a new pupil came to the school, wheelchair-bound, or perhaps still suffering from childhood polio, would there be anyone in the school slower than I.

However, because of Kaikorai's position in primary school sports, we were inner circle.

Teacher Mr Dalziel had been given a few important puppet strings to pull for The Big Day.

The longest, fattest puppet string was finding someone to run The Big Clock, a colossal wooden timepiece which sat out in the middle of the University Oval, needing to have its giant hands changed every minute, so every competitor could see the time of their event.

Few kids had watches in those days, unlike last Thursday, where children clutched 10in tablets to tell them the time to the tenth of a second in Jellybeanizstan.

A boy to operate this clock needed to be able to stand on a chair and count to 12.

With my phenomenal mental arithmetic skills and two functioning legs, I was that boy, so I was chosen to operate The Big Clock, seven hours without a break, 420 different manual moves matched to the borrowed watch on my wrist, the entire success or failure of Dunedin's Primary School Sports Day absolutely in my tiny hands.

The grandson Rowan, in peak running condition after a final workout chasing a girl all over Edgar Stadium for 30 minutes the day before, while his younger brother played futsal, was in a sprint relay last Thursday morning.

He just knew the race would happen.

He wasn't clutching a tablet.

Times change. I know this.

It was fun at the Caledonian Ground last Thursday: the screaming, the sausages, the range of footwear (Rowan ran in socks).

Perhaps I am being a little romantic, but a big old wooden clock out in the middle, a tiny bespectacled boy with slow legs straining on a chair ... one should never downgrade the importance of achievement.