More to migration than house prices 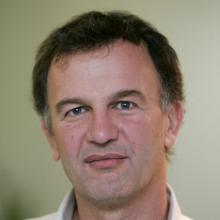 Stephen Toplis
Winston Peters has banged on about immigration for close to a quarter-century. In the 1996 election, it was his salient point of distinction, as Asian migrant numbers climbed.

His party got 13% and he got to be deputy prime minister.

Immigration was not Mr Peters' only line. He was pitching against market-liberal economics, soothing ageing survivors of Sir Robert Muldoon's "Rob's Mob''.

But immigration - by the wrong sorts - was the policy he became known for. Like Donald Trump and the Brexiteers, he would take back New Zealand for those who felt it had been taken from them: "New Zealand First''.

Liberals called this racist. Just as this year National called Labour racist for counting up Chinese buyers of Auckland houses.

On the plus side, immigrants pushed up total national output because most got jobs, not least the 39,118 who came in on work visas (which does not include those on working holiday visas - about 61,000 in the year to June 2015). 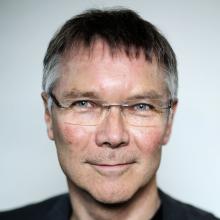 David Parker
That has some positive spinoff for the general population, as Steven Joyce told TVNZ's Q+A on Sunday. The 27,518 on student visas are in effect an export, feeding money into the economy. Hospitals and IT companies depend on migrants for some staff.

On the minus side, arrivals stoke the housing bubble. They have cut per-person output growth close to zero.

Actually, 3480 more New Zealanders still left for Australia in the year to June than came back. This net outflow was down 24,964 from the 2006-13 June-years average of 28,444 (and the monthly figures are still falling). But the rise in total net migration in the corresponding periods was 61,203. So 36,239 of the total net rise was from other sources, overwhelmingly foreigners.

Pressure on housing is the main political point. As Bank of New Zealand economist Stephen Toplis put it in a brief on Thursday, the 40% overpricing relative to average earnings is one of the ``externalities'' that comes with high immigration.

Mr Toplis distinguished between those who buy a house to ``consume'' what it offers them (a place to live) and "speculators and investors'' who buy a house as "a store value or as a means to earn returns''.

He went on: "When houses are being bought and sold for speculative purposes, then prices can more quickly adjust and do not necessarily reflect underlying supply and demand.'' That is, the bubble is not just a supply issue, as ministers insist.

Mr Toplis reckoned the role of foreign money "will always be overstated'' but ``nonetheless, foreigners are often the marginal buyers and hence may set the marginal price'' which is ``even more problematic if foreigners are just utilising the housing market to store value''. (As Labour said.)

He then suggested that ``New Zealand may need to address the idea of having a population/demographic policy''.

"Is there an optimal population size? And what is the optimal growth rate in quantum and timing?''

Migration is a far broader issue than house prices. It is a matter of what sort of nation we want to be. 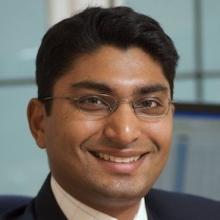 Shamubeel Eaqub
Mr Parker cites Julie Fry, joint author of Going Places, based on research she did for the Treasury. Ms Fry says in her book that "the evidence suggests that sustained large economic impacts from migration are unlikely''. The productivity impacts are small. But she does think highly skilled and genuine business migrants are a plus and policy could aim for more of them.

Ms Fry says under current policy the import impact of migrants is bigger than the export impacts. She cites economist Andrew Coleman's finding that the benefits are mostly captured by the migrants. She says we get too few very-highly skilled immigrants and a higher proportion of low-skilled than Australia and Canada. Foreign students increasingly just go for diplomas, not degrees.

Mr Parker says policy should set against the gains the public and private marginal costs of more population such as in roads, water services, houses, schools and hospitals. He thinks many low- and very low-paying jobs - for example, on dairy farms, orchards, tourism - done by those on temporary work visas could, with a policy change, be done by New Zealanders (for higher pay).

Some see this as xenophobia or eugenics. Messrs Toplis and Parker are not of either ilk. Nor is economist Shamubeel Eaqub, who argued the case last week.

This is a highly attractive country and will become more so, especially to rich foreigners living in polluted cities and under tyrants like Xi Jinping.

How many we want and how that builds a coherent nation is the issue Messrs Toplis, Parker and Eaqub are raising. Migration is not just about houses.