Water and Waitangi: a constitutional matter 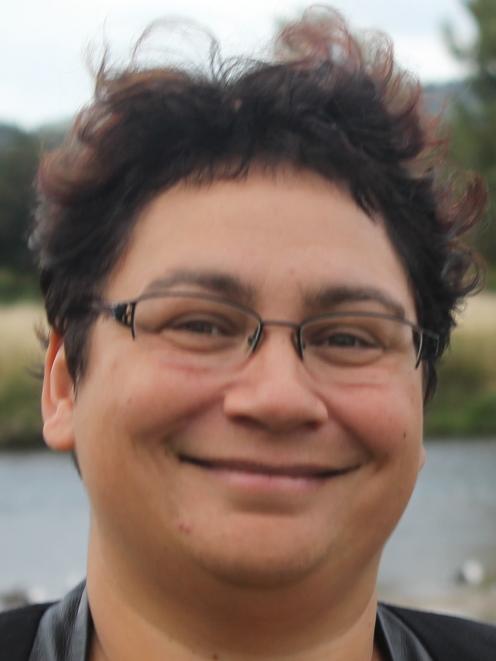 Metiria Turei
On Sunday, Andrew Little and Metiria Turei jointly presented themselves as a two-party ``government in waiting'' for voters to switch to.

Support in the two parties for this Labour+Greens scheme has firmed over recent months. One big test for how firm voters judge it to be will be how many big joint policies they can promulgate. They are already close on several. A fiscal framework is due soon.

Meanwhile the actual Prime Minister, Bill English, gets down to serious business when he and a raft of ministers meet the iwi leaders forum on Friday. High on the agenda is freshwater.

While at the time of writing it was unclear whether that issue will be put to rest on Friday, the meeting itself and the pursuit of agreement on water are constructive elements in the Treaty of Waitangi's evolution in our constitution and national life.

Drawing on article 2 and tino rangatiratanga, iwi/hapu have insisted the Government and councils do not have an absolute right to allocate water, which commercial and farming interests turn into a property right of use and profit.

Iwi/hapu don't ``own'' water as the general law defines ``own''. Nobody does, not even the Government. But iwi/hapu do have legacy and cultural claims because in Maori law lakes, rivers and streams were and are vital to life and integral to their being and identity, which is akin to a form of ownership.

Treaty Negotiations Minister Chris Finlayson in effect acknowledged that in the settlement with Whanganui iwi which declared their awa a legal person, with a joint iwi-Crown board.

This sort of recognition is an element in the slow march towards a bicultural nation in which the ex-British and Maori cultures have equal status.

This does not translate into equal weight in everyday life. On Monday the Treaty will be commemorated in the breach as well as in the spirit. Our national day is still not truly national. Only a small fraction of our people ``walk in two worlds''.

We are, for example, a couple of generations away from being bilingual - if we ever will be. On that, Switzerland could show us a pathway. Mr English took a step along it last week when he spoke off the cuff in te reo for two to three minutes at Ratana.

Contrast Don Brash's revival of his 2004 ``one nation'' theme, insisting on no race-based distinctions and persisting with the intriguing notion that Maori are privileged. Disproportionate failure in at school, health and income and disproportionate success at filling up prisons constitute an interesting privilege.

Last September part-Maori Winston Peters - not a member of the iwi leaders' aristocracy - held up the Taranaki Iwi Claims Settlement Bill because it would force the Taranaki Regional Council to appoint three iwi representatives to its each of its policy-and-planning and regulatory functions committees.

New Zealand First submitted to the parliamentary committee against a resource management reform Bill which, as Mr Peters put it in a speech in December, would enact a deal with iwi leaders to give ``unelected tribal representatives'' the right ``to veto the decision-making of elected local councillors'' through iwi participation agreements. Mr Peters wants to ``put the `K' back in front of `iwi'''.

You can see why iwi leaders would want that arrangement in the Bill. With very few exceptions, councils have resisted creating Maori wards, thus burying Maori votes in the majority so there is not a proportionate Maori voice.

A New Plymouth District Council referendum in 2015 to create a Maori ward was defeated 83%-17%.

Opposing separate local wards and abolishing separate seats in Parliament were National party policy. That has been in abeyance while National has been gifted Maori votes by proxy through the Maori party's tenure of Maori seats.

It hopes for more such proxy votes next election through the Maori-Mana shack-up. Te Ururoa Flavell went to the annual Ratana celebrations one day early, when Mr English did, and, on cue, declared the old Ratana-Labour link broken. Mr Little scoffed at that the next day.

National can't count on those proxy Maori votes long-term. National MP Nuk Korako has convened a hui today to redevelop Maori policy and work out how to get more Maori involved in the party.

Add this hui, the water engagement, Mr English's transition from scoffing at ``treatyology'' in 2001-03 to a more inclusive manner (he has in recent years fixed glitches between some ministers and iwi): our constitution is evolving.

The Treaty is an growing part of that constitution through court judgements, specific legislation, government decisions and evolving practice.

Some want it tidily in a judge-supervised constitution. But messy constitutions evolve more responsively. Mr Finlayson, for example, is doing some ``tidying'': after a Judicature Modernisation Act last year next comes consolidation into one act of the various bits governing Parliament and ``some work'' on the Constitution Act.

So, it might be said, there is water to flow under the constitutional bridge.