Couple close to death after night in car 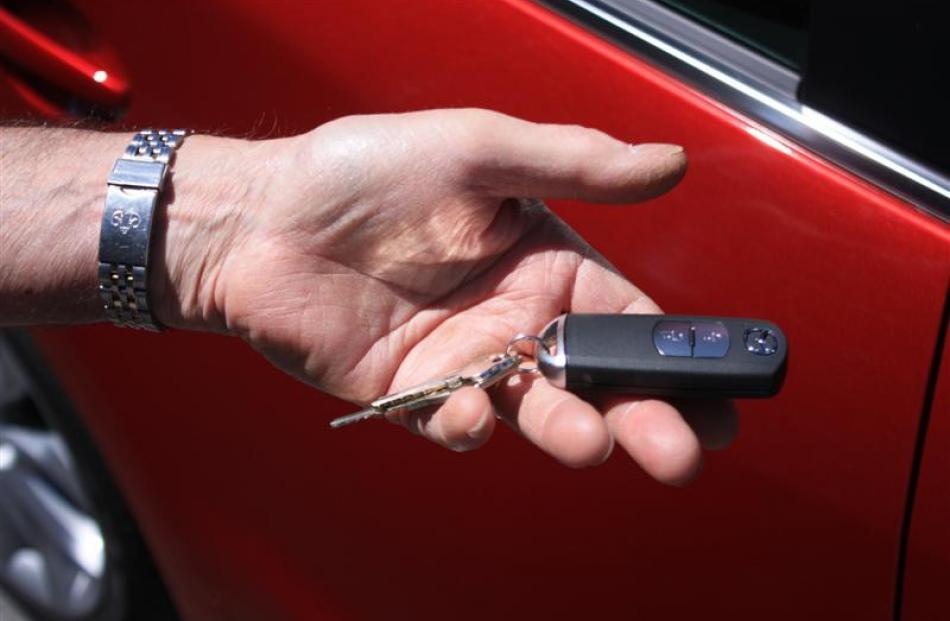 An Alexandra couple hope others can learn from their near-death experience after being trapped in their new ''keyless'' car in their own garage for almost 13 hours recently.

Mollieanne (65) and Brian Smith (68) are still coming to terms with the early November incident when confusion about operating their Mazda 3 hatchback led them to believe there was no way to get out.

The pair were stuck after a series of ''Murphy's Law'' events, including leaving the car's manual in the house, leaving the transponder outside the car and a combination of stress, night-time, and what they called a lack of information from a car salesperson.

After becoming trapped about 7pm on November 5, their attempts to escape included sounding the horn and trying to smash a window with a car jack.

Mrs Smith said it was Guy Fawkes night, and no-one would have noticed the horn due to fireworks.

When they were freed by neighbours about 7.45am the next day, she was unconscious and her husband was struggling to breathe.

She said they were told by emergency services if they had spent another half hour in the car and they could have died.

''Once I found out how simple it was to unlock it I kicked myself that I did not find the way out ... I had this mind-set that I did not have the transponder [so I could not get out].''

The car salesperson had made it seem the car would not work without the transponder, he said.

He now knew the manual lock was the same as the inside door handle on many other vehicles.

Mr Smith said his message for owners of ''keyless''cars - not just Mazda models - was to educate themselves on how to operate their car before using it.

Mrs Smith said she had decided to ''go public'' as people needed to be aware of the risks of keyless cars, particularly older people inexperienced in new technology.

She had received phone calls from about five people reporting similar keyless-car experiences.

Mazda New Zealand general manager Glenn Harris said the report of the couple being trapped in the car in that manner was an industry first.

''It's not a design flaw with the car ... what we have said to the network is, with new technologies, don't forget to show customers how to use them in their entirety [and] how to override them. There is always a manual process to override them.''

Mr Harris said he ''completely'' empathised with the couple, and said the company needed to ensure it did not happen to anyone else.