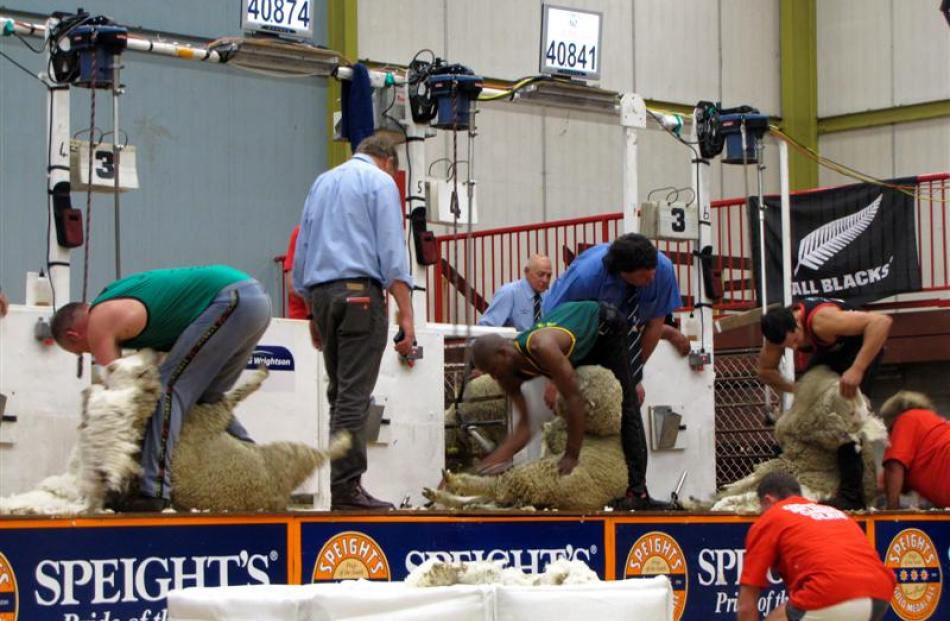 It was a Tri-Nations test like no other - it was tense, there was a grandstand packed with spectators, a commentator, national anthems and officials scrutinising the competitors' every move. The only thing missing was a rugby ball.

Instead, in a makeshift shearing shed in Molyneux Stadium, Alexandra, New Zealand, Australian and South African teams competed in a test match for the first Tri-Nations fine wool shearing competition as part of the 50th New Zealand Merino Shearing and Woolhandling Championships.

Both machine shearers in each team had to complete four sheep; both the blade shearers had two sheep.

The night opened with the junior and senior wool-handling finals with Stevie Mason-Smallman taking the junior title and $400 with 315 points.

Each of the four competitors handled three merino fleeces from the one shearer.

The competition continues today with the open wool-handling and shearing championships tonight, as well as the machine and blade Tri-Nation challenge.