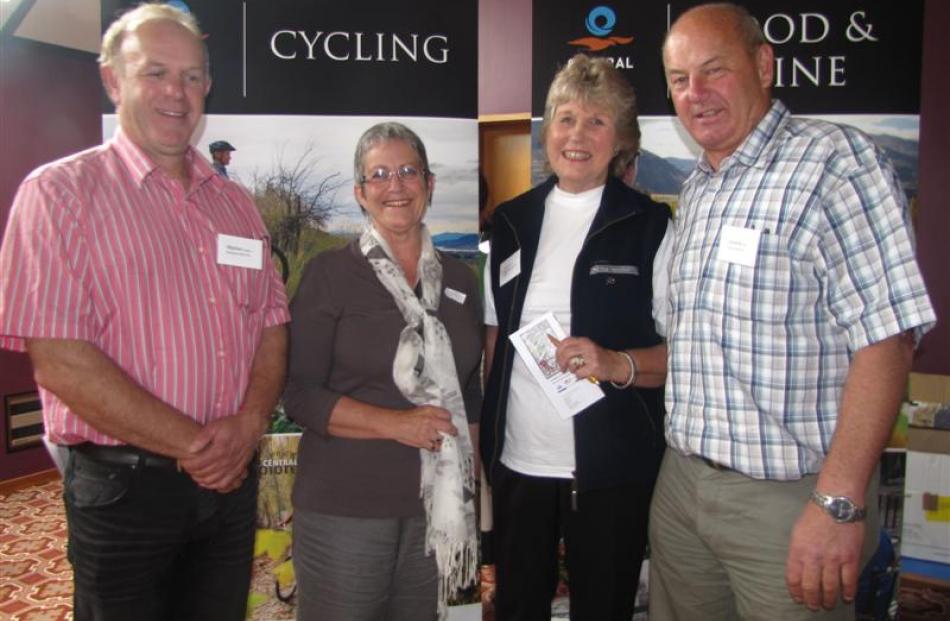 People intending to cash in on the tourism opportunities which will open up with the cycle trails being built through the Teviot Valley were advised this week to set high standards and seize opportunities.

A cycling tourism workshop held in Millers Flat was told a good "tourism product" was about more than just cycle trails.

The workshop, aimed at present and future tourism operators in the Teviot Valley, focused on opportunities arising from the Roxburgh Gorge and Clutha Gold cycle trails between Alexandra and Lawrence and lessons learnt from the Otago Central Rail Trail.

Rail trail trust chairwoman Daphne Hull said when the trail was opened, accommodation providers were not prepared and some offered "rooms" that were just beds screened from other beds by hanging sheets.

Now, providers along the rail trail had more up-market facilities which riders had come to expect and they would expect the same standard at accommodation along the new Clutha trails.

"Riders have a high expectation - they want an easy experience with good food, wine and beds; they want the good things."

Clutha Gold Cycle Trail Trust treasurer Graham Dillon said before the rail trail opened, for towns like Omakau and Lauder "it was pretty much last one out, turn the light of... Millers Flat and others are going that way".

Central Otago District Council business development manager Jonathan Gadd said the populations of Maniototo and Teviot Valley towns had been steadily declining but since the rail trail opened, Maniototo towns had significantly grown and it could be expected that the Clutha trails would do the same for Teviot Valley towns.

"This is probably the greatest opportunity for this community since the heyday of horticulture. We will build it [the cycle trail] but it is up to communities to make it work," Mr Dillon said.

About 50 people from as far away as Naseby and Lawrence attended the workshop.