Naseby farmer Eden Hore, who amassed a 1970s fashion collection, pictured in 1990. He died in 1997. Photo: ODT.
Use it for a fashion shoot, build visitor experiences around it, but don’t lock it up behind glass in a museum. That was the message from the firm which has completed a feasibility study on the long-term care, management and display of the Eden Hore collection.

The $40,000 study was done by Tim Walker Associates, funded through a Lottery World War One Commemorations, Environment and Heritage Committee grant. The results were discussed by the Central Otago District Council this week.

The collection is unique and a traditional "museum" approach should be avoided, Tim Walker said. It comprised 276 items of mainly avant-garde 1970s-’80s New Zealand fashion. The council bought the collection for $40,000 from Mr Hore’s descendants three years ago and the asset has since been valued and insured for a total of  $92,750.

A niche, specialist, heritage collection like this needed the "magic of the spectacle" to promote it as a visitor attraction, Mr Walker said. Mr Hore, who was a Naseby farmer, had clearly been an eccentric character, but should be viewed as a "impresario, a showman and an entrepreneur".

Much could be made of the link between fashion and the landscape, Mr Walker said. The council agreed to retain ownership while developing the story behind the collection. The asset is still being documented and that process will be completed in the coming year.Mr Walker said there was a lot of interest nationally in the collection and the council could frame and leverage that.

"Once these things are in museums, they die — they’re not living things any more. You put them behind glass and they die," Mr Walker said.

The collection had to be protected and conserved for the people of Central Otago and made available to the public in ways that respected the fragility of the garments and the "specialness" of the collection. It "belonged" to the people of the Maniototo and had to be managed in an economically viable manner. The unique stories entwined with the collection about fashion and New Zealand social history should be celebrated as part of its "story", council community development manager Paula Penno said.

There were three options, she said: selling the collection, retaining it while focusing on long-term care and curation with limited public display options, and retaining it, developing a coalition model for its management, care promotion and display.

A coalition model would require a manageable operating contribution from council, offset by the economic and social benefits to the region.

Mr Walker said to make the most of the collection, layers of visitor experiences should be developed around it and delivered in visitor hubs such as Naseby and the Maniototo, Cromwell and Clyde. Cr Barrie Wills said he liked the "non-traditional approach" taken in the report.

Council chief executive Leanne Mash said the council needed to take the project one stage at a time.

"There are three strands of this entwined: the man, the high country, the collection," she said.

"Council can’t do this on our own. We can’t afford to and we don’t have the expertise."

Maniototo ward councillor Stu Duncan said he had received some pressure for the collection to be based in the Maniototo.

"This is one of the last jewels we’ve got to sell to the world." 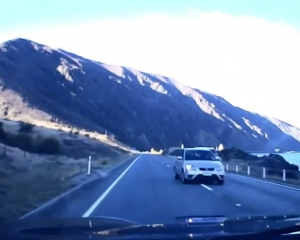