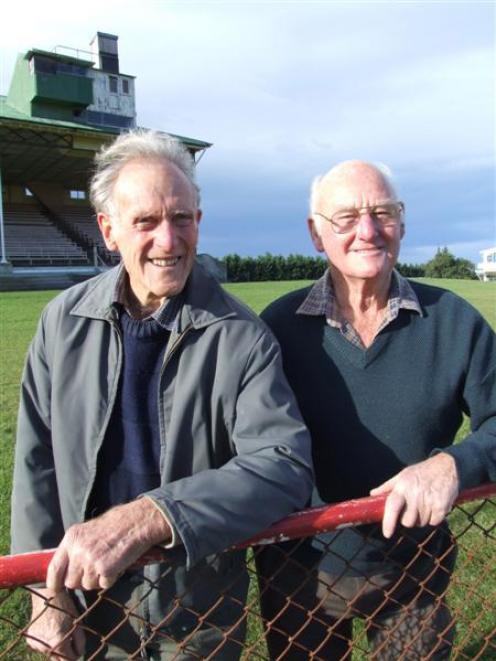 It will mark 100 years since the Oamaru Trotting Club, as it was then known, held its first race meeting on June 10, 1909, with seven events on the programme and a total stake of 280 sovereigns.

In 1911, a totalisator was introduced with 4910 passing through the machine.

The first trotting meeting in Oamaru had been held a lot earlier - in the late 1880s - in a paddock where the woollen mill now stands, but no records are available.

While this weekend's race-meeting will be fairly low-key, there will be a get-together tonight.

A heritage race meeting is planned to coincide with Oamaru's Victorian celebrations in November.

The club has held race meetings on the present racecourse since 1930.

Mr Simpson (81) and Mr Browne (83) have been long-serving committee members.

Both men's fathers had horses and they inherited the interest.

The club's biggest day is the Hannon Memorial, which used to be held on Labour Day but is now raced in September.

It has attracted some of the country's top pacers, including Johnny Globe, Blossom Lady, Bonnie's Chance and Robin Dundee.