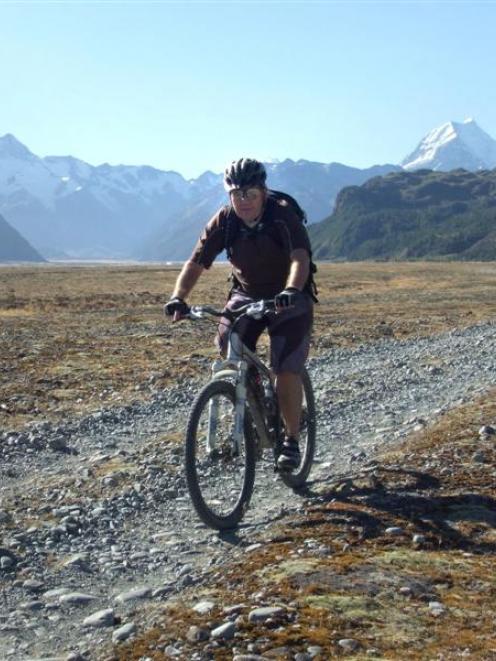 The 314km cycle trail, which descends 718m from New Zealand's highest mountain to the sea at Oamaru through the Mackenzie and Waitaki districts, was last month granted $2.75 million in funding by the Government.

Some sections of the cycleway exist already but a year-long construction programme to have it finished for the major tourist season next year starts in earnest next month with the appointment of a project manager.

That will be followed by the awarding of the first contracts before the end of the year to build the cycleway.

The cycleway is part of the New Zealand Cycle Trail project and is expected to significantly boost tourism and the economies of the communities it passes through.

Mackenzie and Tourism Development Trust general manager Philip Brownie, who is leading the project, said the main priority was to prepare an implementation plan for the project.

That would set the process and a timetable for getting the plan in place, including the cost of each section and the total cost.

It would also cover a range of issues, from working with property owners and interested groups through to marketing and implementing a bookings process.

Part of the implementation plan was the appointment of the project manager to drive the overall project, a full-time job for at least 18 months.

Parts of the cycleway that already existed included a portion from Mt Cook Station and another inland from Oamaru.

Some of the parts that needed construction - mostly in the Waitaki district between Duntroon and Weston - involved crossing private land and the Waitaki Development Board was negotiating easements with property owners.

Board manager Annabel Gudsell said property owners had already given approval in principle for the trail, but easements needed to be negotiated before the final route was selected.

The board hoped to appoint next month a project co-ordinator, whose role would be to liaise and negotiate with land owners for the portions of the cycleway over their properties.

Mr Brownie said the decision on where work would start would be made through the implementation plan.

The implementation plan would also be looking at what infrastructure - accommodation and other facilities - were already available along the cycleway, what was missing and how it could be provided.

Mr Brownie said that was mostly being left to private enterprise, and already companies and individuals were investigating opportunities.

"Our role is to facilitate that, not to govern that," he said.