Co-operation a win-win for local TV and radio 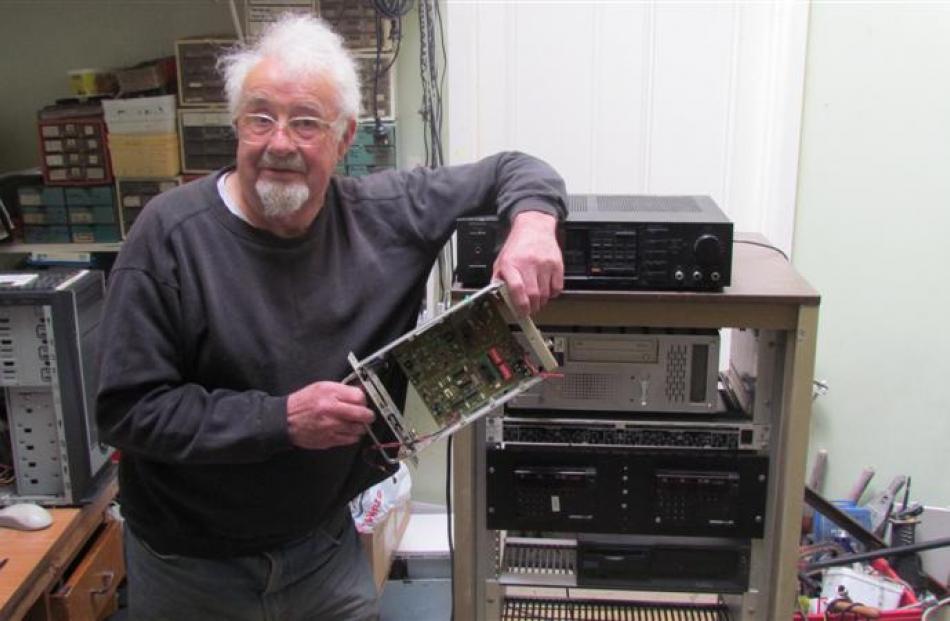 Charlie Fraser with the beginnings of the transmitter for the new Whitestone City Music radio station. Photo by Ben Guild.

Video killed the radio star, according to the old song, but in Oamaru, the reverse is true.

A new era of co-operation between radio and television is set to benefit stations from both media in the town.

In exchange, WCM has paid the local TV station $2000 for additional bandwidth to help with the purchase of a digital broadcasting licence.

It has been broadcasting since 2007, has no paid staff and is funded by NZ on Air and donations.

45 South chairman Tony Reynolds said the granting of the licence had given the station a future when there did not appear to be one, and plans were being made to provide some satellite channels not available on Freeview.

WCM founder Charlie Fraser, who runs programmes and tends to equipment at Heritage Radio, which he established with wife Eunice in 2001, said it had taken about six months to research requirements, raise funds and obtain the licences.

The station was formed in response to inquiries about the fate of defunct country music station 88.7, which had been operated from South Hill, in Oamaru.

"The Government changed the rules, as governments often do," Mr Fraser said, before explaining how the floor frequency for commercial radio had been shifted from 88.9 to 88.5, making 88.7 an illegal channel.

The new station will have a catalogue of about 10,000 country, jazz and rock songs "with a little nostalgia thrown in".

It would provide easy-going, "middle-of-the-road music".

"If I haven't heard of it, we probably won't play it," Mr Fraser said.

"The channel will be mostly automated because I don't really intend to get out of bed at 6am to run the news."