Jobs, income risk with some options 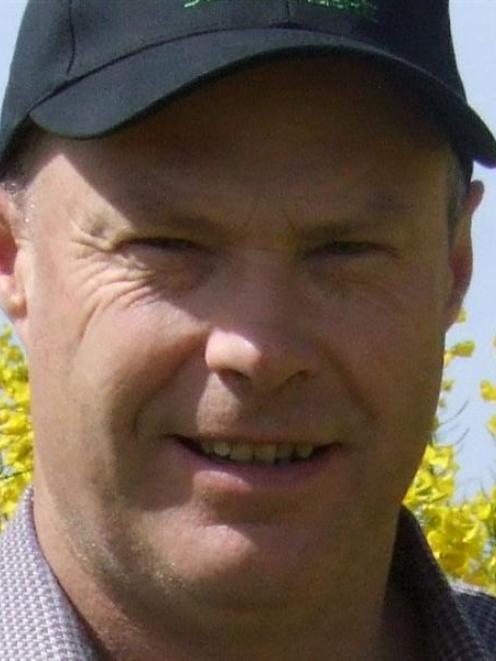 Chris Dennison.
Farmers and the community would suffer losses of income and jobs under one option for minimum flows in the Waitaki River, an Environment Canterbury panel considering changes to a water allocation plan for the river was told yesterday.

Three commissioners are considering changes to the 2006 Waitaki catchment water allocation regional plan, including the minimum flow of 150cumecs when abstractions, including irrigation, cease.

One change is to ensure irrigators retain the virtual 100% reliability in water supply they had before the 2006 plan.

The plan change proposes minimum flows of between 101 and 144cumecs, depending on the months, for irrigation resource consents approved before the 2006 plan. Others have suggested different flows.

Central South Island Fish and Game Council proposed flows of between 153 and 230cumecs.

The Waitaki Irrigators' Collective said that would be costly because of increased days without irrigation.

Agricultural consultant Jonathan Davis calculated that, under the flows proposed by the fish and game council, farmers would lose about $32 million a year in income, compared with the effect of minimum flow in the 2006 plan or other proposed minimum flows.

The flow-on effect to the community he estimated at between $64 million and $96 million in financial losses a year.

A combination of 114 jobs would be lost on-farm and in the community and with the lost production, farm values could decline.

The collective's counsel, Pru Steven, said irrigators who had resource consents before the 2006 plan had ''gold-plated reliability'', generating confidence leading to a significant level of investment in building the schemes, on-farm infrastructure and later expansion.

The plan change, which was ''a compromise solution involving giving and taking'', would ensure continued reliability which was envisaged for consents granted before the 2006 plan.

North Otago Irrigation Company chief executive officer Robyn Wells said a significant change in supply reliability would impact both on the viability of its existing shareholders and on the future uptake of shares, while Duntroon dairy farmer and a director of the Kurow-Duntroon Irrigation Company, Matt Ross, said the proposed plan changes represented the first genuine opportunity to provide a resolution and provide future certainty for the catchment.

Dairy and arable farmer and chairman of the Lower Waitaki Irrigation Company, Chris Dennison, said irrigation had transformed the barren and drought-prone Waitaki Plains and adjacent hills with conservative farming with a declining population, to a prosperous district with green pastures, lush crops and a thriving community.

''Maintaining the existing high level of reliability for irrigation on the lower Waitaki Plains is vital for the ongoing welfare of our community ...'' he said.