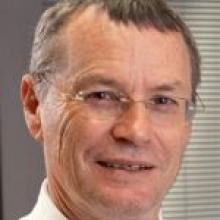 Keith Turner
Further monitoring will be carried out on the Kakanui Mountains to help establish the feasibility of a wind farm being investigated by Waitaki Wind Ltd.

With 20 months of data now available, it had established Dome Hills was not suitable and Mt Stalker was "in the interesting category" but needed more monitoring, Dr Turner said last week.

Mt Stalker was "at the low end of the range but titillating" when compared with other wind-farm sites in New Zealand.

The company would need to monitor other sites on Mt Stalker, bringing in mobile equipment, as well as measuring the wind shear on the present monitoring site to gain a better idea of the resource available.

Dr Turner estimated another three to six months of data would be needed before the company could progress further, such as considering the type of turbines which would be needed, costs and feasibility of the project.

Dr Turner met four North Otago supporters of the project about two weeks ago to outline progress with investigations.

Data gathered from the next period of monitoring, combined with that already obtained, would be used to decide whether to go ahead with a pre-feasibility study on the economic viability of building the wind farm.

Once that study was completed, a further decision would be made on lodging resource consent applications.

Dr Turner emphasised the timeline for the project would depend on the data gathered over the next three to six months.

However, he estimated the earliest resource consent application could be filed was at least a year away.

Details of the project were first revealed in July 2009 at an Environment Court hearing in Oamaru considering Meridian's north bank tunnel concept power scheme on the lower Waitaki River.

Dr Turner and Mr McLay confirmed they had formed a company to investigate the viability of a wind farm on the Kakanuis, but the specific sites were not identified until later in the year after negotiations with landowners.

They hoped the project would attract local investment if it went ahead, becoming an asset owned within the North Otago community.

The initial proposal was to generate electricity for North Otago through Network Waitaki's network.

However, whether electricity could also be supplied to the national grid would depend on the results of monitoring, the type of turbines installed and the size of the wind farm, if it went ahead, Dr Turner said.