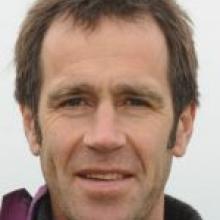 Scott Willis
The trust hoping to erect a cluster of wind turbines to provide electricity to Blueskin Bay area residents is about to begin the next phase - engaging with the community.

Open days are being held tomorrow at Long Beach Hall, next Saturday at Warrington Hall and next Sunday at Waitati Hall. All will run from 1pm to 4.30pm.

Getting a response from the community was the next important step in the project, Blueskin Resilient Communities Trust energy project manager Scott Willis said yesterday.

"It is crucial to ensure the project is on target and there is enough support to proceed."

The trust hopes 700 to 1000 householders will become New Zealand's first "prosumers" - electricity producers and consumers. There are various options for funding the $4.8 million project, but all involve some form of community ownership.

Trust members would be at the open days to answer questions, and those attending would be invited to register their interest in the project, Mr Willis said.

However, that did not mean they were committing their support, he said.

"We don't care if people are opposed. We just want them to be engaged."

The trust planned to present more detailed wind cluster proposals to the community early next year for further discussion, he said.