Palmerston's community board is to ask the Waitaki District Council to move the town's bus stop back to, or near, its original location following growing community frustration with the new site. 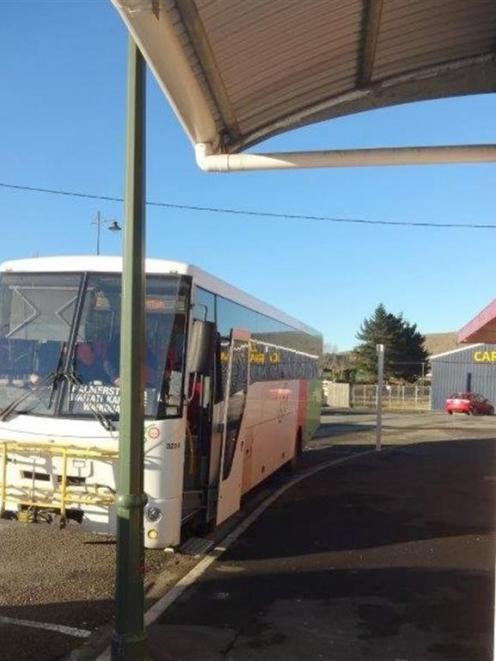 The community has quietly protested since the council moved the stop from Bond St to Sanday St in May last year to create six more parks outside local businesses, a move it said came at the request of local businesses.

Users have since complained of a lack of shelter from the rain and heavy winter frosts and poor lighting at the new stop.

A petition circulated in Palmerston seeking to have the bus stop shifted back to Bond St gathered 270 signatures, believed by former Waihemo Community Board chairman Rod Philip to be the biggest petition presented to the board.

The board has recommended to the council the stop be returned to its original location, or at least nearby.

Board chairwoman Kathy Dennison said there had been a strong reaction from the public on the subject.

''Its location needs to be in the most convenient spot for passengers and bus companies, without compromising general traffic and pedestrian safety.''

Promotion of Palmerston member Sharron Bray, who led the distribution of the petition, said the recommendation was ''a victory for the little people''.

She was concerned that it took almost a year for the community board and council to respond to the health and safety concerns raised by Palmerston residents and the Promotion of Palmerston group over the condition of the replacement bus stop in Sanday St.

The Waihemo Community Board will on Monday consider a report seeking support for a request to the council's roading manager to move the stop back to Bond St.

The cost would be paid from existing budgets.

Any installation of a bus shelter would require a separate report.

Palmerston businessman and bookseller Jim Moffat said it had taken too long for the Sanday St bus stop to be returned to Bond St.

''The bus stop should never have been shifted.''