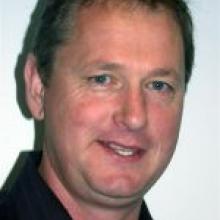 Gary Kircher
Waitaki ratepayers facing the likelihood of huge rate increases next year - including residents of the two Waitaki River camps - are being told it is about fairness and equity.

Deputy mayor Gary Kircher yesterday defended the proposed change to the way the uniform annual general charge would be levied on properties, saying the Waitaki District Council was "trying to bring fairness into the system".

The council has proposed changing the basis on which the uniform annual general charge is collected, from one per rating unit to one per separately used and inhabited part of a rating unit.

Submission on the draft community plan proposal are open.

"It's a question of fairness, of equity," Cr Kircher said yesterday. He said the fishing camps were a good example. Nineteen holiday homes at Otematata paid 19 uniform annual general charges, but at the Waitaki Bridge camp where there were 19 homes, only one charge was paid among them. The policy had been brought in to try to address problems of equity.

"We're certainly not saying we've got it exactly right."

The council needed to hear from people about what they thought and how it affected them. Cr Kircher encouraged people to make submissions.

The camp, beside the Kakanui River, has 26 cribs. Permanent residents were not allowed and crib owners probably only used them three to four weeks a year.

"We have no power, no water, nothing," Mr Ballantyne said.

The camp would be writing a submission to the council's draft community plan - "we've got to try and fight it somehow" - and he was also considering contacting Waitaki MP Jacqui Dean. He was also contemplating calling a committee meeting to discuss the issue.

Waitaki district councillor Peter Garvan believed commercial premises should be exempt from the definition of separately used or inhabited portion, saying there was no logic to it. He also expected there would be administrative issues with the proposal.