Refuse disposal charges may be cut 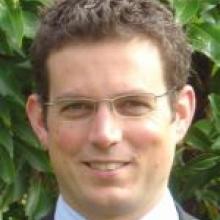 Neil Jorgensen
Refuse disposal charges might be reduced at the Oamaru landfill in Tamar St because of increased competition from outside the Waitaki district.

The landfill is operated by the Waitaki District Council, which on Wednesday will consider lowering the refuse charge from $174 per tonne of waste to $155 per tonne, effective from February next year.

Private waste contractors were offering cheaper disposal options and one company was planning to take rubbish it collected in the district to Dunedin.

About a third of the waste going into the landfill would be affected, reducing income for the council.

Less money would be collected at the Oamaru landfill, which operates at a profit, used to cover operating costs of solid waste services in the district, thereby offsetting what has to come from rates.

As a result, assets group manager Neil Jorgensen said, the council needed to adapt to the market realities.

The council budgeted landfill income at $1.6 million in this financial year, but a shortfall in revenue of $200,000 is expected due to lower waste disposal volumes.

The council had increased charges at the Oamaru landfill to encourage waste minimisation. Revenue funds other waste-minimisation activities and transfer stations. This model was no longer feasible, he said.

"Waste is being diverted out of the district to cheaper landfills. Council needs to adapt to the market realities."

He said waste minimisation had been achieved with a tighter economy.

"Now we don't have enough waste coming in to fill the landfill. The waste market is changing," he said.