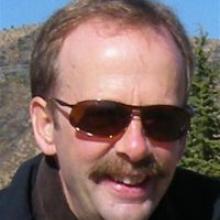 Craig Dawson
The sale of the Omarama Medical Centre has created an opportunity to "start the ball rolling" to substantially upgrade the town's memorial hall, Ahuriri Community Board chairman Craig Dawson says.

The community agreed to let the Waitaki District Council sell the medical centre and land behind it to help fund the redevelopment project.

Mr Dawson thanked the purchasers, Omarama couple Tony and Sally Fodie, for giving the town "such an opportunity".

There was now $200,000 specifically for upgrading the hall.

That money would provide a great opportunity to raise further funds for the facility the community wanted.

A public meeting would be held next month to set up a group to raise funds and run the proposed centre.

Mrs Fodie said the couple's plans for the medical centre property were, short term, for a holiday rental and, long term, development into something more commercial.

The Kurow Medical Trust was looking at withdrawing services to Omarama, due to lack of demand, and that issue would be discussed at the community board's next meeting on July 14.