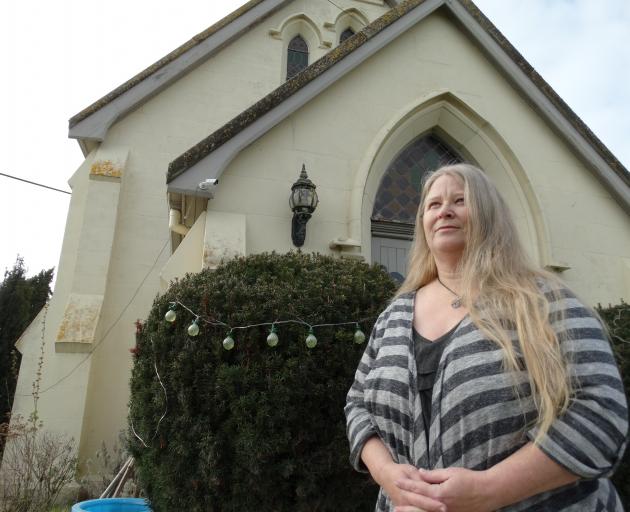 Julie Simpson was woken by a loud "racket'' about 3.45am in the Weston-Ngapara Rd home, inland from Oamaru. The home is also accommodation provider Archways Retreat.

Another incident was reported to police about 5am that day, when two people were held at gunpoint and assaulted by masked men who broke into their Holmes Hill home, understood by the Otago Daily Times to be in Arrow Cres.

Ms Simpson said she and her partner went to bed about two hours before the rude awakening.

"My partner had come down once and then gone back to bed, and I initially thought it was him going downstairs again when I heard the racket, until I realised he was still in bed. I shook him and said, `Someone's downstairs'. He immediately yelled, 'What's going on, who's there?', and by the time he had got out of bed on the mezzanine floor and come to the top of the stairs, they were already at the door.

"My partner chased them off the premises and I watched them leave from the top window.''

Ms Simpson posted CCTV footage of the two men - one of them wearing a balaclava - on social media, along with a warning to others that thieves were operating in the area, which had garnered "literally hundreds'' of responses from people with possible information about the culprits.

"We thought post it, let people know,'' she said.

"The response has been amazing. It's well and truly heartened us.''

Ms Simpson said the shock of the experience only started to set in when she left her home for the first time.

While she said the couple would "take more precautions'', the retreat would remain open.

In the second incident, two offenders made their way to a master bedroom, where a male and female were sleeping, and demanded drugs and money.

The victims were later taken to Oamaru Hospital, where they were treated for moderate injuries.

They have since been released.

Detective Sergeant Hannah Booth, of Oamaru, said police were investigating both incidents and at this stage, there was no evidence to suggest they were linked.

The victims of the Homes Hill attack were still shaken, she said.

"The are rightly shocked and distressed with what has happened ... it's a great concern. People should be able to feel safe in their own homes.''

An Arrow Cres resident, who did not want to be named, said the people targeted in the second incident had lived in the area for about a year.

The resident said cars often came and went to and from the property.

Several police cars were at the property for much of Saturday, they said.

Another resident, who also did not want to be named, said the area had always been quiet, but that had changed in recent times.